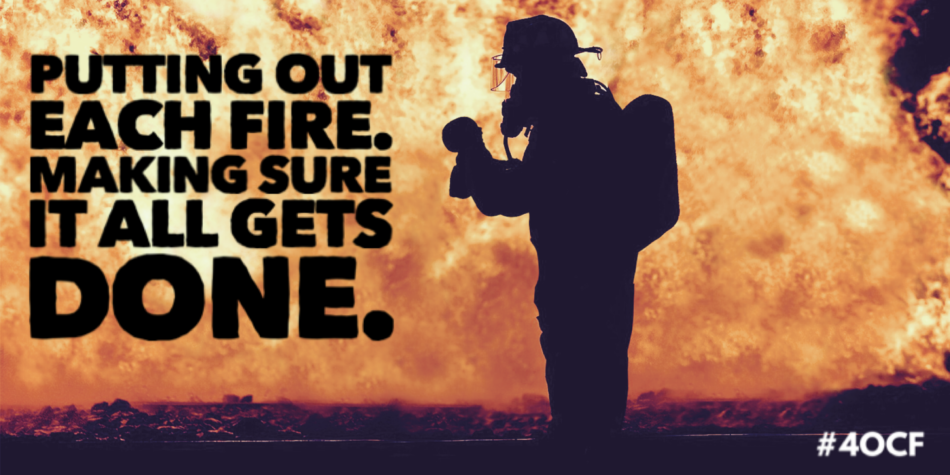 On a recent episode of The Tim Ferriss Podcast, CEO of Spotify Daniel Ek described someone as having the role of Firefighter in Chief. It was the person who was constantly putting out fires, but was solely tasked with the responsibility.

In the role, there is a great deal of time spent on putting out fires. Every day, it seems like there are fires that suddenly catch, and without attention, they can quickly become full blown blazes. The problem with serving as the Principal Firefighter though is that it often takes away from some of the more meaningful tasks or roles that should be attended to.

Finding the time to accomplish it all and still fight each blaze becomes a daily challenge.

A daily challenge that each of us accepts. Putting out each fire. Making sure it all gets done.

Director of Get It Done.