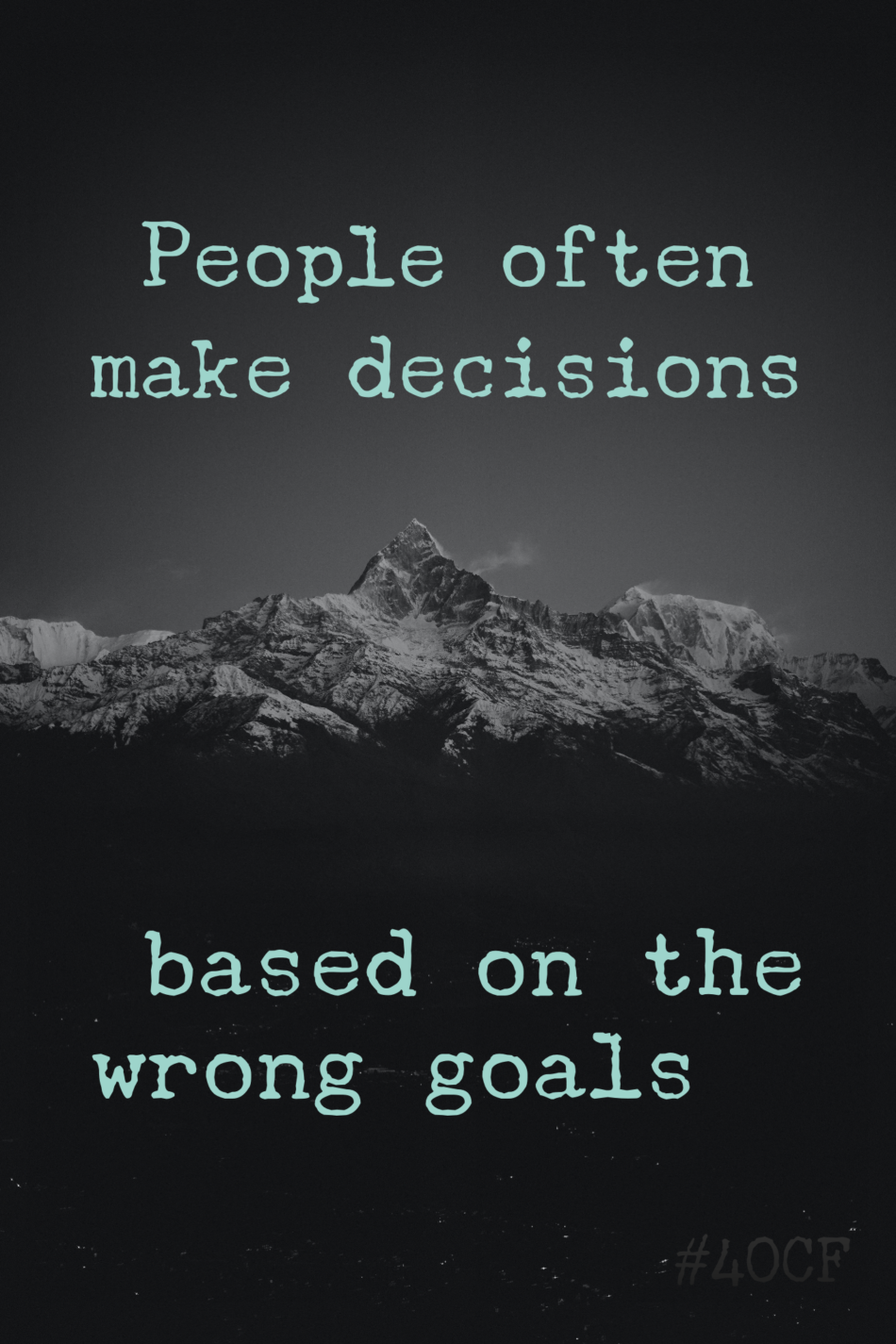 I was recently listening to the Decision Education podcast in which host Annie Duke interviewed Dr. Ken Kamler about his expeditions to climb Mt. Everest and extreme decision making.

During the episode, Dr. Kamler recounted his best ascent of Everest when he fell just 900 feet short of the summit. When asked why he was able to be so accepting of falling short of his goal of summiting Everest, Kamler explained that most people focus on the wrong goal when making a decision. He explained that the goal is not reaching the summit of Everest, but rather, returning alive to the base after a climb.Realizing that he wouldn’t have enough oxygen for the return descent, the doctor was easily able to make (as well as accept) the decision to return down the mountain without reaching the summit.

I would encourage you to listen to the episode as it is a completely riveting discussion about what goes into decision making when decisions truly impact life and death. What’s most powerful from the episode is the process that we should explore behind making decisions.

People often make decisions based on the wrong goals. Focusing blindly on one goal may impact a decision when we ignore other competing goals (for example, summiting Mt. Everest versus living to climb another day).

We don’t often put enough focus or effort into our decision making processes. Thinking about it in these terms can help us to be better educational leaders and help to improve decision making with our students.