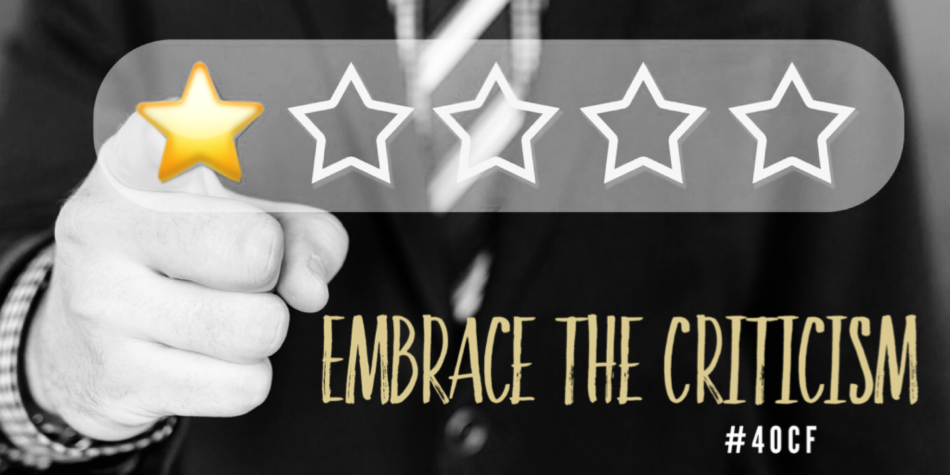 The reason that our teacher evaluation system doesn’t move teachers forward is that it usually borders on the generic. The give and take that should be happening between teacher and administrator can be difficult because criticism is hard. It’s hard to give and hard to receive.

So, instead of sharing critical feedback, the system focuses on generic suggestions and scores based on a rubric so that it seems scientific. Teacher A was a 3.17 last year, and Teacher B was a 3.19. So Teacher B was a slightly better teacher than Teacher A. Or so the system would lead us to believe.

It also doesn’t help that the scoring systems put in place were not originally intended to assign a score to a teacher, but rather to help teachers improve.

So maybe it’s time to start delivering some serious criticism. Let’s watch and provide critical feedback. Let’s coach and use the criticism to make ourselves better as educators. Let’s avoid sharing generic suggestions so as to spare feelings.

Let’s encourage the criticism as the way toward improvement. Let’s think clearly about the critical feedback we are receiving. Let’s reflect on what the critic has to say in order to improve learning outcomes for students.

It’s finally time that we embrace the criticism.