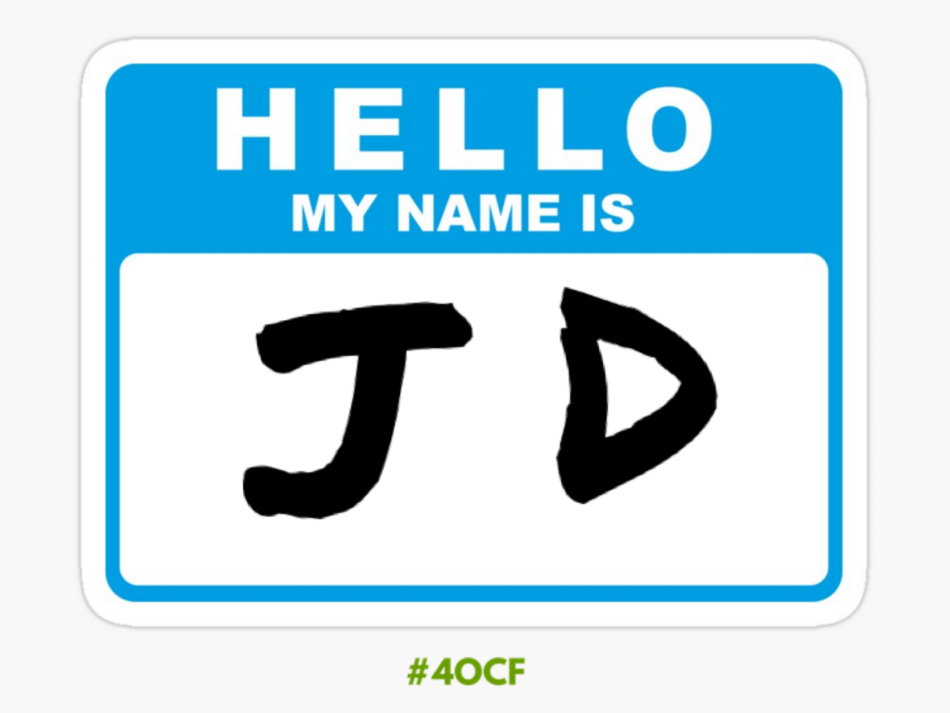 So we’ve established that calling students by their proper name is a great way to start a strong relationship. What happens when there’s a conflict in what we call a student?

In one of my early years of teaching I taught a student named Justin. During the first week of school, I asked students to write and color in their name on a name tag that I would leave on their desk to help me to remember names. Justin explained to me that he went by JD and so he wrote JD on the name tag. I called him by the nickname for the next few weeks. All was going well.

Until Back to School Night. Mom came early and tried to find Justin’s desk identified by his name tag. The only problem was that she could not find a desk with the name tag “Justin” on it.

I made the mistake of saying, “JD sits right over there” and pointed to the desk emblazoned with the colorful JD name tag.

I apologized and told the parent that we would create a new name tag the following day for Justin.

I think the Mom forever doubted my ability to teach from that moment on, simply because I had called her son by the wrong name for nearly a month.

But what had I done wrong? I had simply called him by the name that he wanted to be called. JD seemed perfectly acceptable and also matched the first letters of his first and middle names. Funny how initials work like that. In this same class, we also had a John Thomas, or JT as he was known to the rest of us.

As I think about this situation many years later, I have to wonder if Mom was right in saying that he had never been called JD a “day in his life.” I imagine that friends (or maybe a cousin) called him JD and he liked it. He liked it so much that he told his brand new teacher that’s what he liked to be called. And he responded to the name for three full weeks.

I didn’t get caught in the middle of this name battle between Mom and Son. I couldn’t. I simply called him Justin the rest of the year. Our relationship was perfectly acceptable but I wonder if deep down, he would’ve preferred a different name.

The experience again reminds me of the power of names. I realize though that names are more than just building relationships and making connections. Names are about identity. In most cases, they truly capture who a child is. When a student identifies with a nickname (different from their given name), I think we should go with it. Let’s honor the student in who they are, and what they like to be called.

If you don’t believe me, just ask JD.