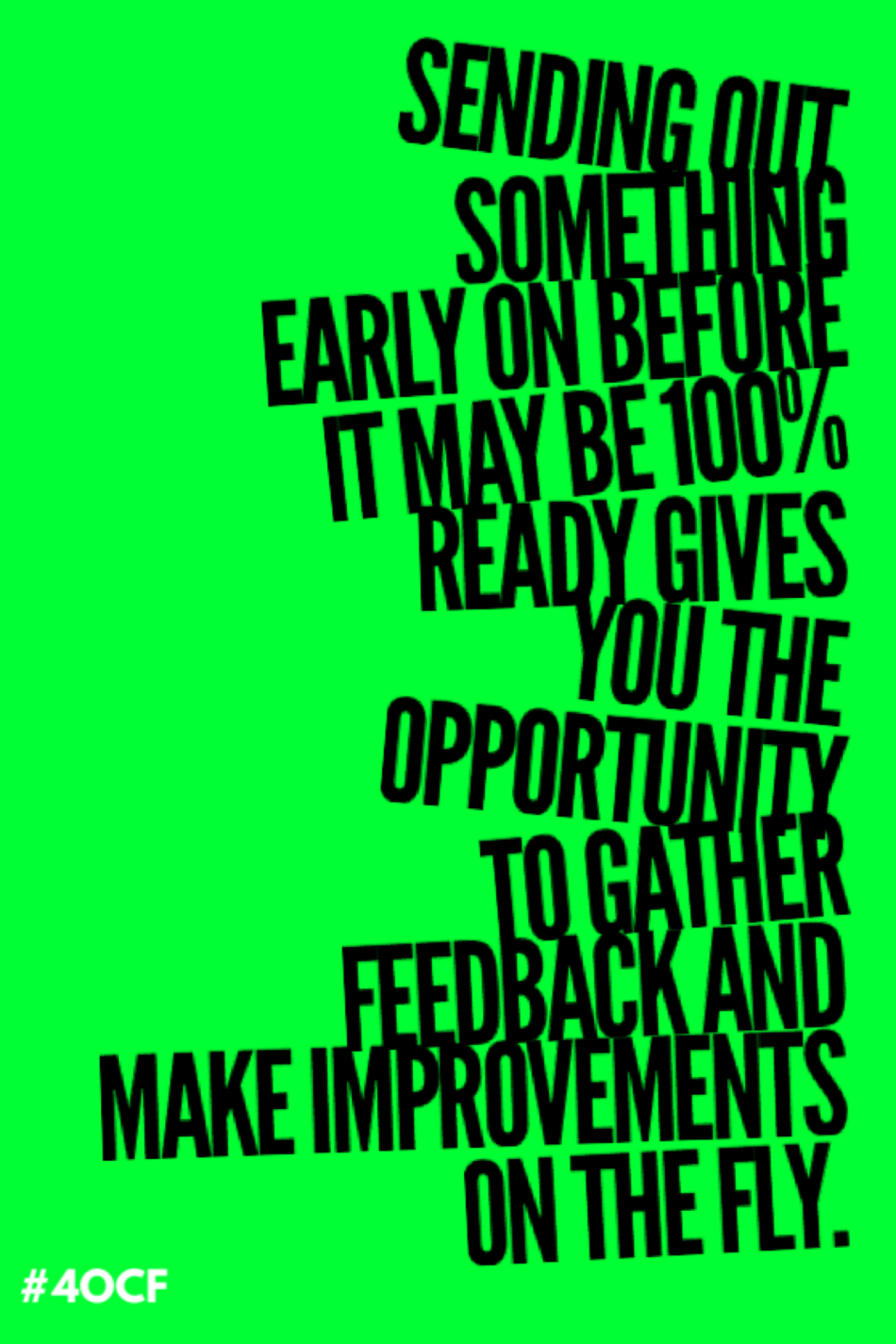 Inspired today by the 5am Miracle Podcast with Jeff Sanders with Guest Bastien Siebman.

On a recent episode of the 5AM Miracle podcast, Bastien Siebman, a productivity expert talked about Version Zero of a product. We often hear about version 2.0 or later in which a product/project goes through several iterations before being shipped/shared with the world. Bastien instead prompted the idea of shipping early and waiting for feedback on the original version.

Sending out something early on before it may be 100% ready gives you the opportunity to gather feedback and make improvements on the fly. You can find out if the content or product strikes a nerve with your audience first before you put in extra effort to make adjustments that the audience may not necessarily want or need.

Going public with version zero may give you the opportunity to make any other versions that much better later on.