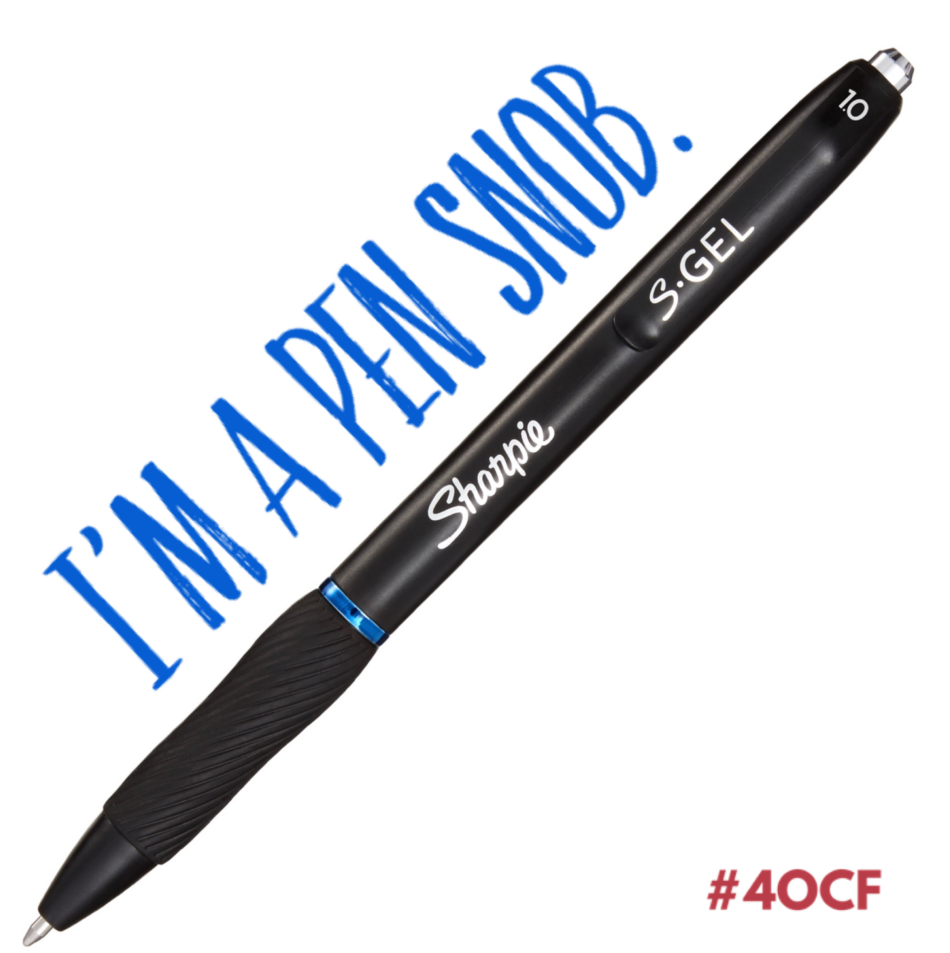 It started a few years ago when I discovered Sharpie pens. Any time I wrote anything, it had to be using a blue Sharpie pen.

I’ve had conversations with other adults about what types of pens are the best to use for different tasks. Signing a bunch of letters requires an implement that doesn’t easily smudge. The blue Sharpie pen is a winner in this category.

A few months ago, I received a text message from a colleague from a former district where I worked. The message stated:

I replied and shared that I had recently discovered the S Gel pens and had been using them exclusively for months!

After all I’m a pen snob.

As I write, I have several of the Sharpie S Gel pens scattered across all of my work areas. Blue used for certain tasks. Black also used to contrast the blue in certain situations. Red for editing and revision. A hidden black S Gel tucked deep into a closet at home so that my children don’t get their hands on it.

It’s always there when I need it.

Rich
(If you are anything like me, you may also want to pick up a pack of S Gels.)