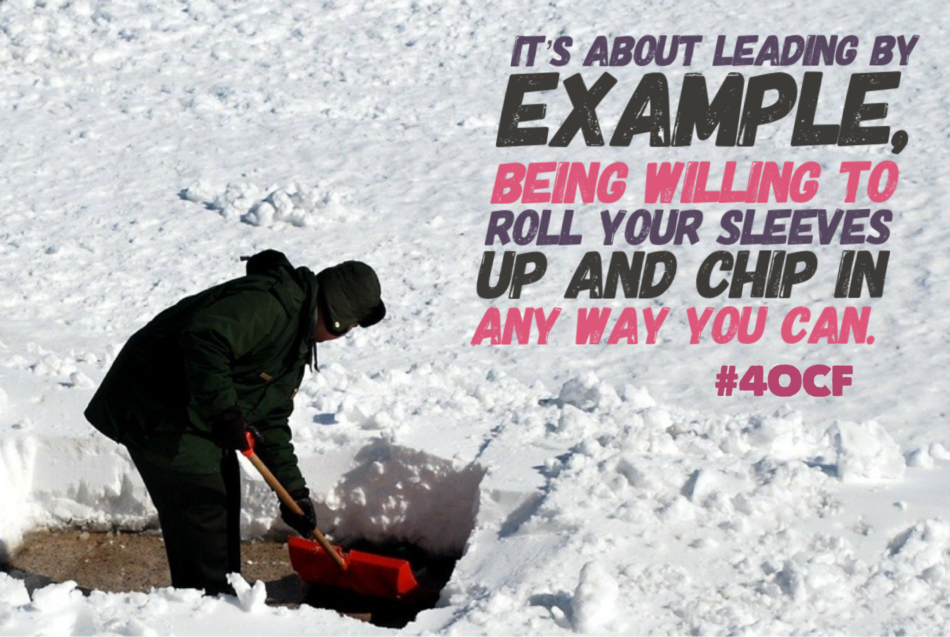 I once went on a job interview scheduled for 8am at a school with which I was unfamiliar. The forecast was calling for several inches of snow. I arrived early (phew!) around 7:30am and was only the second car in the parking lot.

As I departed for the interview, I noticed that the predicted snowfall was coming down much heavier than anticipated. When I arrived, there were already several inches on the ground. A gentleman was outside already shoveling snow into piles. I introduced myself, stated my purpose, and asked where I should go. The man told me that I could head to the main office and wait for the Principal.

I didn’t get the job that day, but I did learn a valuable lesson. The title on the door doesn’t matter. It’s about leading by example, being willing to roll your sleeves up and chip in any way you can. A leader does whatever is necessary to ensure that the job gets done. Even when the snow is coming down!