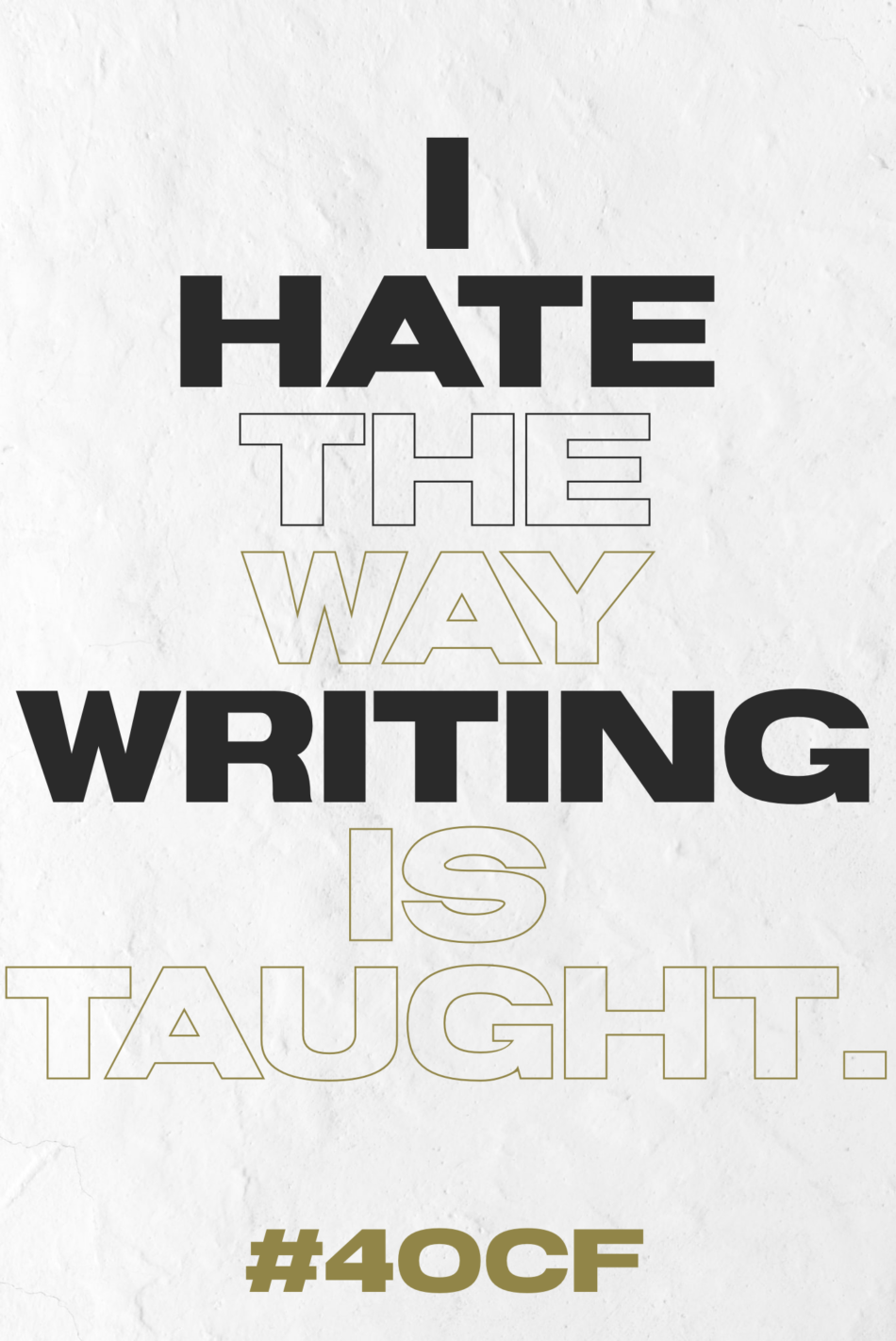 I was recently listening to a podcast in which Brian Koppelman, creator and writer of the hit TV show Billions, was interviewing Ben Mezrich, a New York Times Best Selling Author.

The interview delved into Mezrich’s history as a writer, as far back as his elementary school years. Mezrich described how he used to get C’s on all of his writing assignments in third grade, and that his teacher called in his parents for several conferences because he wouldn’t comply with writing assignments. The problem is that young Ben Mezrich’s imagination often carried him beyond typical assignments into the world of spies and aliens.

At this point of the interview, Koppelman makes the statement that hits home: “I hate the way writing is taught.”

And so it goes for many students who don’t realize the joy in writing. For many kids, the process of writing in school is limited to an assigned prompt or writing task, followed by revision, and producing a final copy. Each student’s “final” copy looks very similar based on the original assignment, because no one deviates from the assigned topic. And we have students who continue to be frustrated writers or worse, non-writers.

No one discovers the writing process that works for them because writing is taught in such a compliance based environment.

Write what I say, how I say, and don’t deviate, because then you’ll get a poor grade.

Luckily, the third grade portion of the interview had a happy ending for Mezrich. After his book Bringing Down the House became a New York Times Best Seller, the third grade teacher wrote a handwritten note to Ben telling him that he was wrong and that he was glad he let his imagination run wild.

This is a lesson we all should learn. Let’s find those writers and champion their cause. Let’s help them to explore their imaginations and to become better writers in the process.

Ultimately, as educators, we have the power to change how writing is taught. Let’s make it happen.