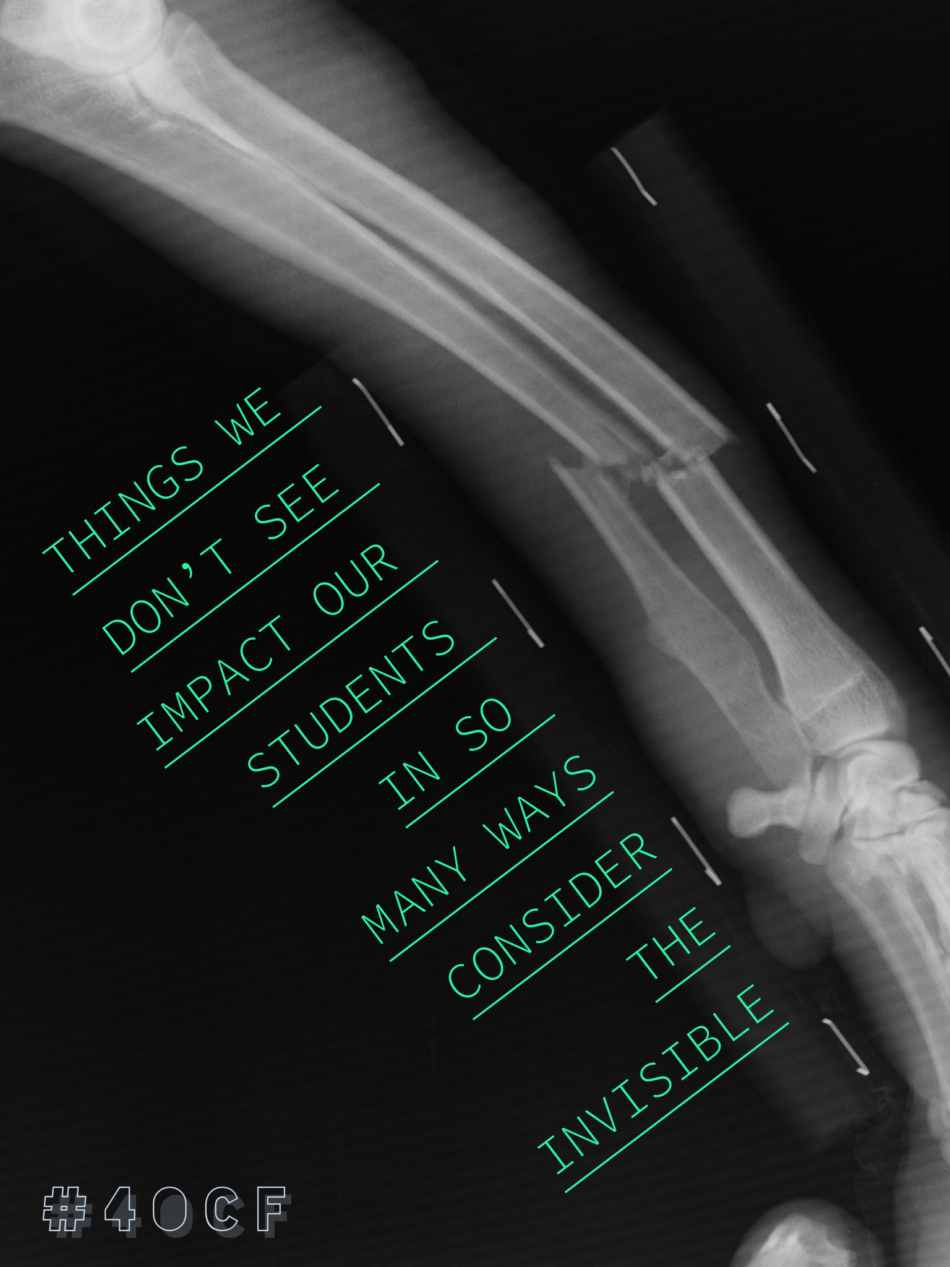 I had the unfortunate experience of falling last week. In addition to banging my head on concrete, I also landed on my elbow and wrist. I ended up at the ER in pretty bad shape.

When I arrived, there were visible wounds that needed to be addressed. Road rash stretching from my forearm past my elbow. An open wound on the back of my head that required four staples. Several other bruises that appeared worse than they actually were.

More worrisome than those wounds, however, were the possible injuries that were not visible. A CT scan was conducted to make sure I wasn’t suffering from a concussion. X-rays determined that I had not broken my arm.

It was the invisible that was potentially more harmful than any of the conspicuous bruises.

This is what we often forget about our students.

The invisible trauma that many have suffered often brings long-standing ramifications.

Things that we don’t see impact our students in so many ways. And we often, don’t realize what a student might be going through.

So, when you are having that interaction with a student, consider the invisible. Ask yourself the question:

What am I not seeing?

One thought on “Consider the Invisible”