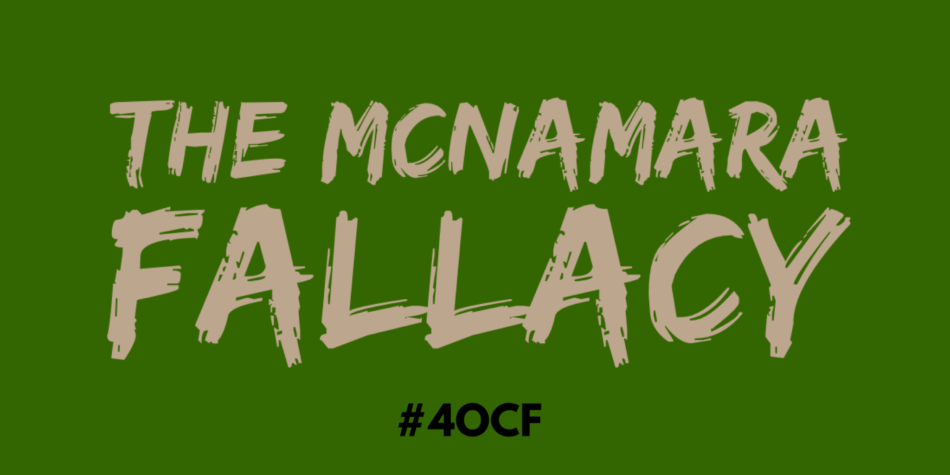 The McNamara Fallacy involves making a decision based only on quantitative measures, and ignoring other measures which cannot be easily measured. It is named for Robert McNamara, the US Secretary of Defense during the Vietnam War.

McNamara believed that success in the war could be determined simply by comparing the body count of the competing interests. He ignored all other variables.

The idea is that things that are not easily quantified aren’t worth measuring.

In our schools, there are a great number of variables that we don’t measure that are equally as important.

Let’s not fail to recognize this.