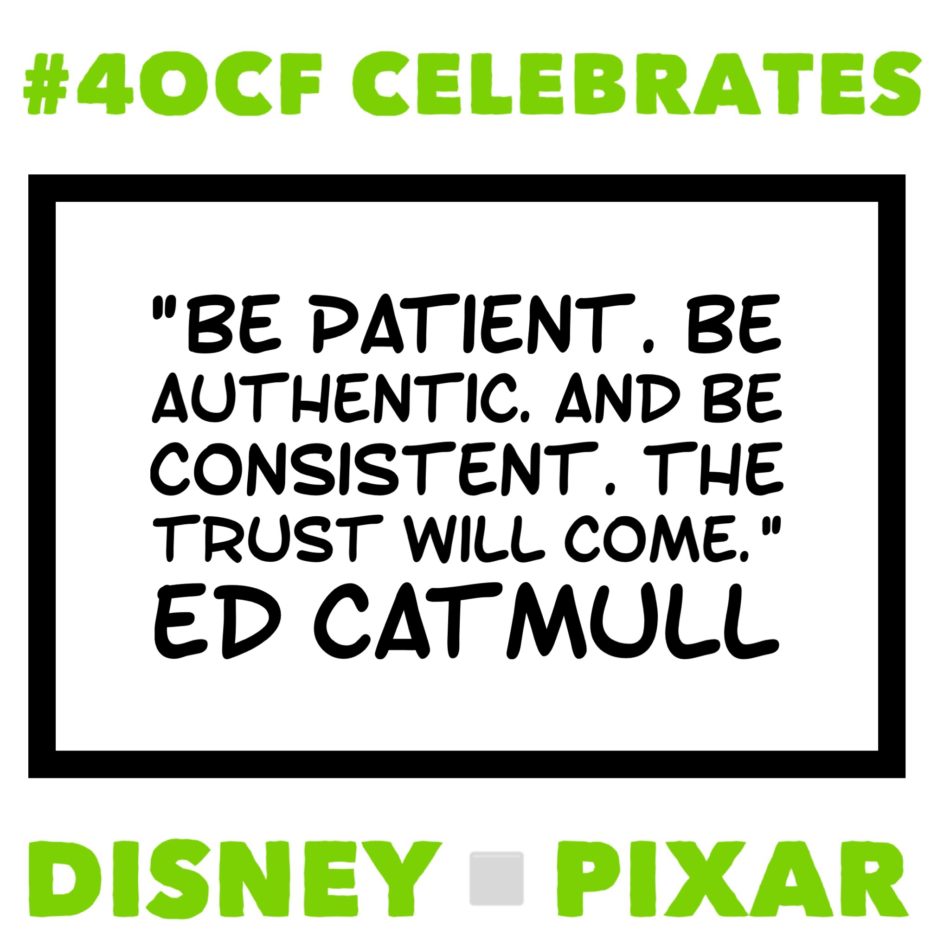 The idea of Toy Story began with the short film, Tin Toy in 1988. The final product was released in theaters on November 22, 1995. During that timeframe, production was halted due to faults within the script. Luckily, the “braintrust” at Pixar stuck with the movie, producing the first feature length, computer-animated film, and going on to gross over $361 million dollars. It was a painstaking example of extreme patience in action.

A teacher must also exercise patience in the classroom. Students will not be able to master content or internalize classroom values in a single day. While students might be able to learn a single skill in a short timeframe, it is the consistent practices and routines that allow students to master content. For example, when implementing a Writing Workshop, students must have several weeks of internalizing the routines and procedures of the classroom, before they can be expected to produce wonderful writing. The goal is for the growth of the writer over time. In setting this expectation for each writer, the teacher must demonstrate patience, knowing that growth will occur over time, rather than looking at each individual lesson for growth.

Recognize that Rome was not built in a day, and your classroom will also not be built in a day. Be patient, and allow for everyone to grow at their own rate.