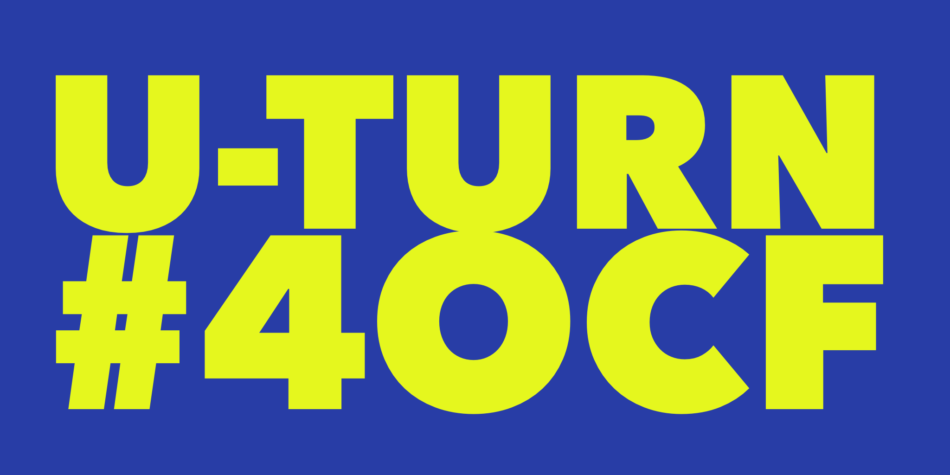 A few days ago, I was sitting in a line of traffic. Cars were lined up bumper-to-bumper as far as the eye could see. My morning commute would obviously be delayed, but the questions was: “How long?”

I wasn’t even sure what the problem was. It could have been an accident, or a detour, or something else that I wasn’t even thinking of.  As I sat there, I noticed several people begin to turn around. Some turned into driveways and started off in the other direction. Some waited until the car in front of them inched up, then completed a U-Turn.

As I first pulled up to the line of traffic, I made a quick assessment of my options. The line of traffic initially seemed as if it was moving quickly enough. I decided I didn’t need to turn around and go the other way (which would have been minutes out of my way).

After two minutes, the thought flashed in my mind once more, “Should I make a U-Turn?”

I decided against it. I figured I had already been sitting there for a few minutes. If I turned around at that moment, I might lose time in the long run.

At that point, I had already put a lot of time and effort into sitting in the line. I did not want to turn around and be faced with the thought of wasted effort and lost time.

Twenty minutes in, and I was still grappling…

Should I wait in line knowing that all of this extra time and effort would get me to my destination?

Should I make a U-Turn and find another way?

I eventually sat in the line of traffic for more than a half hour before I was finally able to reach the highway. Had I simply turned around when I had the initial thought, I probably would have only been delayed by a few minutes. Instead, I waited because I didn’t want to “waste” any time or effort.

As educators, we often find ourselves in the same position. When is the right time to make a U-Turn? There have been many occasions when I have said to myself, “I have put a great deal of time and effort into (Fill in the Blank with any number of different things).”

Even though it’s not working, I think I should give it some more time.

That is exactly when days turned into weeks…

And months into years.

In the end, I wasted even more time and effort on something that was simply not working.

We should continue to try new things.

However, when the situation arises, we should never be afraid to make a U-Turn.