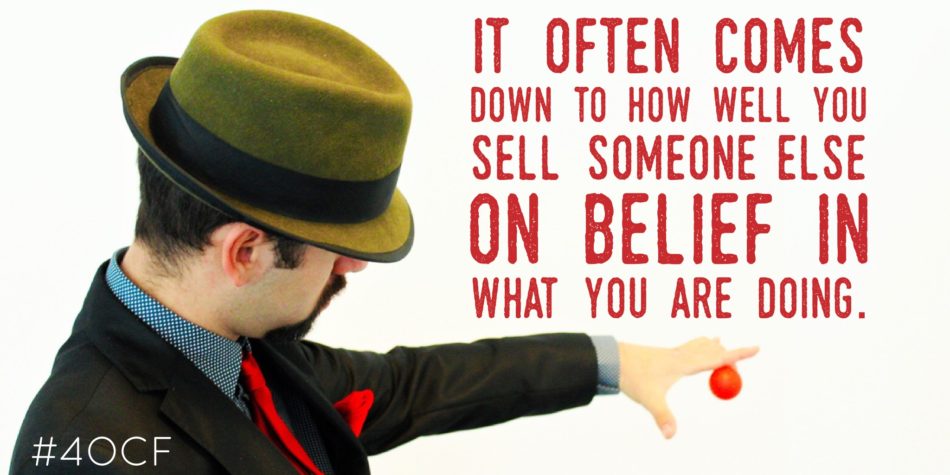 My son received a magic set as a gift several months ago. Just recently he has really gotten into performing some of the tricks. One of the tricks involves making a small ball disappear.

In the last week, he has taken to performing this particular trick with exaggerated facial expressions and cloaked hand gestures (especially for a 5 year old)! His expression when he adds “abracadabra” is priceless.

What he has learned at an early age is it’s all about the performance and the power of the theatrical moment.

If you are performing a simple magic trick, or preparing to teach a math lesson, know that performance is everything.

It often comes down to how well you sell someone else on belief in what you are doing.

So, give your best “abracadabra” and make everyone believe.

One thought on “Abracadabra”