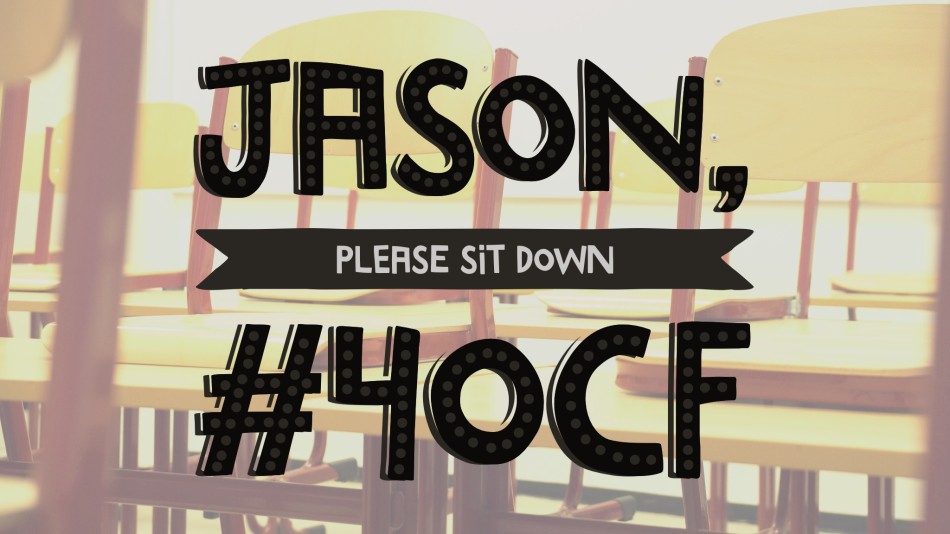 In my second year as a fifth grade teacher, I had a student named Jason. I started the school year not knowing much about him. While I had reviewed Jason’s previous records and file, I always made it a point to first meet the student and learn as much about a student as possible before making a judgment about him or her. This usually happened during the first month of school.

After three weeks of school, I realized that Jason couldn’t sit still. He was constantly standing at his desk to work and blocking the view of students behind him.

Multiple times every day I uttered the same statement:

“Jason, please sit down. There are people behind you who can’t see.”

Each time I said this, Jason would sit down for about 30 seconds before he would pop back up to finish his work.

Over winter break, I thought long and hard about the problem. (This situation took place when I was a little less enlightened as an educator.) I came up with the ultimate  solution. I would move Jason’s desk to the back of the classroom, so that whenever he stood, he wouldn’t block anyone’s view.

It took me four solid months to figure out this solution. (As I said, I was a little less enlightened.) Starting in January, I didn’t have to constantly correct Jason for standing.

However, what I realize today after thinking back on this situation is that I placed more importance on compliance in the classroom than Jason’s comfort in the classroom.

Even after moving Jason, I was still concerned more with the other students not being able to see more than the fact that Jason simply couldn’t sit at a desk and felt more comfortable standing when he worked.

As the years passed, I’m happy to say that I pushed for tables in my classroom instead of desks. This allowed for a more functional, collaborative space for me and the students.

The lesson, as always, don’t allow your focus to remain on compliance.

Focus more on the comfort of your students.

Let them make decisions in the classroom. Let them decide how they learn best, in order to take ownership over their learning.

One thought on “Jason, Please Sit Down”