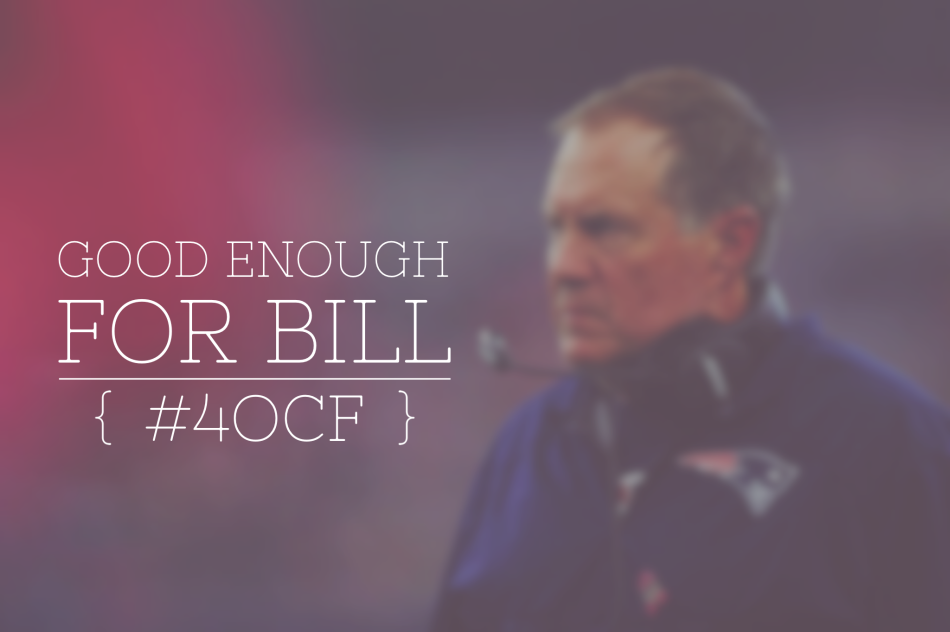 On Saturday, wearing a hand-me-down #12 jersey, with the name Brady stitched across my back, rescued from my husband’s pile of “don’t fits,” I sat in a pub nestled in the Pocono Mountains watching the NFL playoffs. As I watched in a bar filled with Eagles fans I was amazed by the respect that everyone had for the Patriots dynasty. Not being a football fan, I asked my husband, a follower of the Patriots, “why all the words of praise?”  He quickly responded, “it’s the coach.”

Being an educator, I connect everything with my own teaching. So I asked, “what is one thing that makes him a great coach?”

Again, without hesitation, my husband answered,  “Well, one way is how he shows his team video. He doesn’t focus on the weaknesses of opponents, he shows them strengths.“ As he continued to explain and finally drift back to watching the playoffs, Patriots ahead by 7, I drifted off to my own take on what he just said.

I thought about how we, as teachers, coaches of sorts, tend to show students poor examples of work, then expect them to do it perfectly, even after they have only practiced it wrong.

“Here kids, read this paragraph full of mistakes. Find all the spelling errors, the grammar errors all capitalization and punctuation errors,” said all of us at one time or another. And at some point, many of us were on the receiving end of those instructions.

Bill Belichick has one of the most successful football programs in the world and he doesn’t look to the mistakes of his opponents, as a teaching tool. As teachers, that same philosophy works for us too. Why not give kids an example of what writers did so beautifully and use that as an example of WHAT to do?  It’s as simple as asking students, “What do you notice this writer did?”

It can’t be that bad of an idea, Bill Belichick, finds it helpful.

According to one of Belichick’s own players, Brandon LaFell,  “When New England’s players head into a film session with Belichick, the Patriots coach only shows plays that make the other team look good.”

Let’s keep in mind the endless supply of “perfect” examples all around us.  Mentor texts, read alouds, class stories, and articles serve as “perfect” examples of what good writers do.  Word study, dialogue, complex sentences and just about all of our ELA work can be done through the masterful work we surround ourselves with.   It is time to spend our energy on practicing things perfectly.

The Patriots are a pretty successful organization, regardless of your team preference, I am sure we can agree on that. When my husband shared this article with me, I could only think of my own teaching practices. Which do I want my students to have the most exposure to, great work examples or poor work examples? The answer is as clear as who won the playoffs on Saturday.