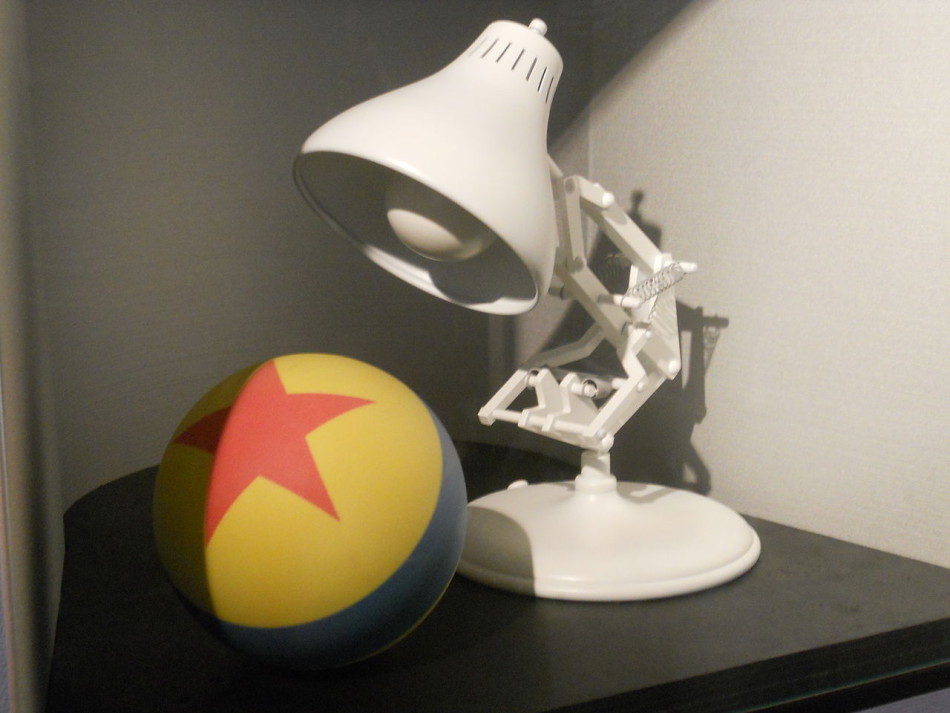 For the past few years, it seems as if education has been borrowing from innovative businesses in order to improve and affect change in schools. I recently read The Pixar Touch by David A. Price and I am currently reading Creativity Inc. by Ed Catmull, in which the President of Pixar Animation discusses how the company innovates to create and inspire. The company has used innovative strategies to successfully release 14 feature-length films, including some of the most successful animated films of all time.

Have a mission and a purpose. Pixar initially started as a hardware company, producing a computer known as the Pixar Image Computer. However, throughout its history, company leaders knew that they wanted to use technology to produce a computer-animated, feature length film. The mission and purpose had existed in its earliest days as part of Lucasfilms or when creating short films to demonstrate the possibilities of the Pixar Image Computer. Eventually this purpose would drive Pixar to its core values and successes. A classroom should work in the same way. As CEO of your classroom, it is your responsibility to ensure that all students understand the purpose and mission for your classroom. As a teacher in fifth grade, I announced to my students on the first day of class, “I want you all to walk out of here in June as better people!” For me, it was important that my students not only become better learners, but also that they learned life skills outside of the content areas. Being kind and courteous to everyone holds as much value as being an excellent student in math! In order for students to understand the mission, everything that was done on a daily basis in the classroom had to be guided by the purpose.

Team Meetings with constructive and critical feedback. Pixar utilized team meetings to critique and analyze each scene of its movies. Team members were able to provide true constructive criticism to improve each scene, helping Pixar to become one of the most successful companies in history. Team meetings can also help your classroom environment. In my class, we held a class meeting once a week, or more often if necessary. Every Friday, we would clear our tables out of the way, and put all of chairs in a giant circle. Then we would spend a half hour sharing our successes as well as talking through problems or issues important to the class. It was important that students knew how to provide constructive criticism to classmates. This had to be explicitly modeled for students. Sometimes, it was a student saying, “I haven’t been able to concentrate because everyone is so noisy during social studies,” or my co-teacher saying, “I am proud of how you supported John this week after he missed all of last week when he was sick.” These conversations are so important to the well-being of the entire class – Students and Teachers alike!

Establish high expectations and support for everyone. Pixar asks its employees to work in a highly competitive environment, expecting great things from its employees. This same environment, however, allows each employee to be fully supported in meeting the mission of the company. In a classroom, everyone should be held to the same high standards, expected to meet those high standards, but with varying degrees of support to meet the expectations. As CEO of the classroom, you must say, “All of you will be expected to master content, while demonstrating the core values of our classroom, kindness and collaboration.” When working in an inclusion classroom, my co-teacher and I held all students to the same high expectations for behavior and academic success. Special education students who had never been held to a high standard were able to rise to the occasion, with the proper supports in the classroom. This is a key component to students meeting high expectations. For example, students who were expected to collaborate with peers needed to see explicit modeling of how a student partnership should work.

Be patient. The idea of Toy Story began with the short film, Tin Toy in 1988. The final product was released in theaters on November 22, 1995. During that timeframe, production was halted due to faults within the script. Luckily, the “braintrust” at Pixar stuck with the movie, producing the first feature length, computer-animated film, and going on to gross over $361 million dollars. A teacher must also exercise patience in the classroom. Students will not be able to master content or internalize classroom values in a single day. While students might be able to learn a single skill in a short timeframe, it is the consistent practices and routines that allow students to master content. For example, when implementing a Writing Workshop, students must have several weeks of internalizing the routines and procedures of the classroom, before they can be expected to produce wonderful writing. The goal is for the growth of the writer over time. In setting this expectation for each writer, the teacher must demonstrate patience, knowing that growth will occur over time, rather than looking at each individual lesson for growth.

Encourage risk taking and allow students to be problem solvers. In addition to releasing a multitude of feature length films, Pixar has also become known for its short films. These “shorts” provide the Pixar team an opportunity to try out various techniques and problem solve outside of the pressure of creating a feature length film. The Pixar team is able to take risks and find solutions to problems that they can then take into their full-length productions. Students also need to be able to take risks in the classroom, and should be encouraged to solve problems within the classroom. When solving math problems, I encouraged multiple answers by students. Some of the solutions were incorrect, but led the class to a correct answer. I would never simply say “wrong” to a solution, but always ask the class why the solution would not lead us to the correct answer. This would put a focus on “wrong” answers as a means to a solution. In this way, students were not afraid to try a different solution, knowing that they could take a risk in finding a solution.

Fail early. Don’t be afraid to change something that’s not working. With less than a year to theatrical release, Toy Story 2 was sent back to the drawing board for drastic changes, because it simply was not working. The film, after significant changes, went on to gross nearly $485 million dollars worldwide. This lesson should apply to your classroom. Try different strategies or activities. If they don’t work, scrap them. In my time as a classroom teacher, I tried a variety of motivational techniques and classroom management systems. At some point, students were given classroom jobs, and “paid” for their performance in the classroom. One system allowed groups of students to form a “colony” and try to expand their influence and power. Another time, students were treated to “first class” perks in an airline industry themed management system. When I tried a system that did not properly motivate students, I had no problem ditching the idea, and moving on to something else. If a system worked for a while, then failed, I would also change to something else. Eventually, I learned that as long as students were engaged, they would be more motivated to succeed.

Encourage the success of the collective whole! Pixar has demonstrated great success, because all employees are dedicated to the whole. At times, film directors have been removed from projects in order for the project to continue successfully. During meetings, all employees provide “notes” on a movie, detailing critical feedback to improve each movie. A classroom must also encourage success as a whole. Ss can be successful when they support each other. In today’s classrooms, a teacher is expected to work with students, instead of standing and delivering information. Using collaborative strategies such as a Think-Pair-Share or Kagan structures can encourage students to work together in the classroom. Encourage students to believe that the class is not successful unless each and every student is successful together!

Catmull, Ed. Creativity Inc.: Overcoming the Unseen Forces that Stand in the Way of True Inspiration.

Price, David A. The Pixar Touch: The Making of a Company