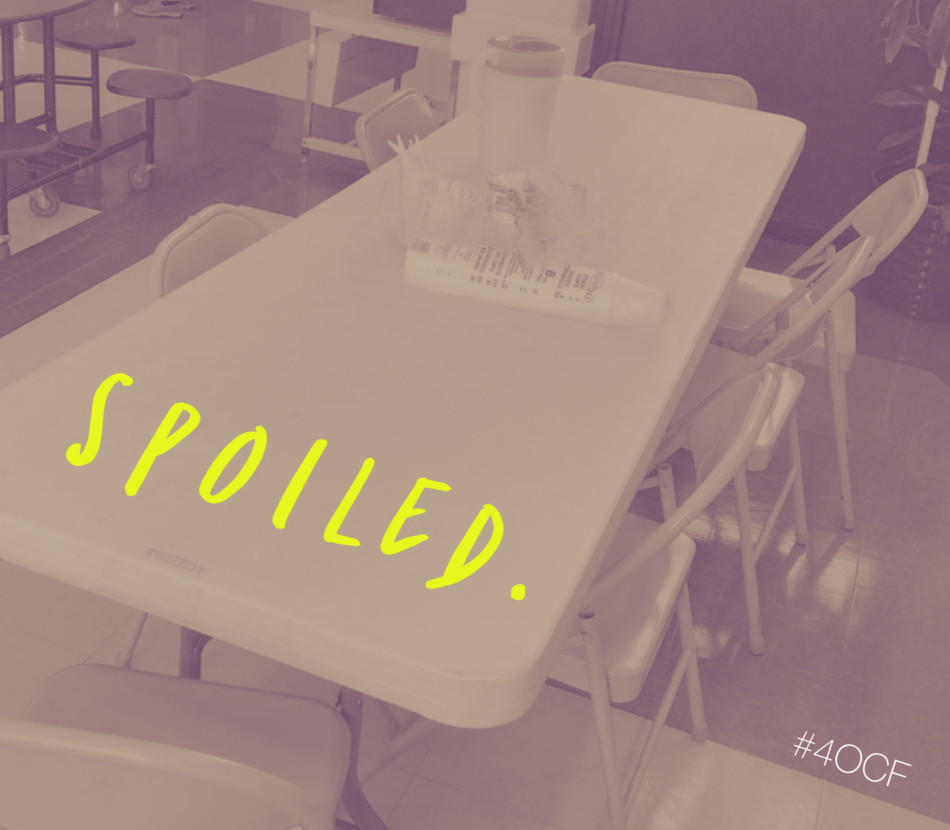 I was spoiled. The first teaching position I was hired for was in a brand new building. It was a large, two story building featuring more than thirty large and spacious classrooms. There were windows everywhere that let in lots of natural light. We had an extra large faculty room with six large tables and several couches and comfortable chairs, as well as several workstations. In addition to the cavernous faculty room, we also had a large staff lunch room attached to the student cafeteria. There were several copiers located throughout the building so you never really had to wait in line. If one of the copiers was down for any length of time, you could always go to another one. I worked in this school for the first eight years of my teaching career, so I really had no idea what other schools were like.

Late in my teaching career, I took a coaching position that allowed me to travel to other schools in the district. This was my first experience in other schools. I quickly realized why others in our district jokingly referred to my original school as the “country club.” I’ve since worked in several districts and come across all kinds of school buildings. I’ve seen schools where teachers and small groups of students are crammed into a tiny closet for extra reading support. In many schools, space is at a premium. Every nook and cranny is utilized for instruction. Stages. Closets. Hallways. That tiny open space right next to the boiler room. Everything is fair game.

All of this discovery has led me to the realization that our school infrastructure is woefully underfunded. Is it fair that some kids get to go every day to the “country club” while some are forced into the area next to the boiler room? I think we can all agree that it’s not. Many have realized this for a long time. And yet here we are.

What the last year has cemented in my mind is how problematic our buildings are. Ventilation is a problem in many schools. There’s not enough space. Kids and staff are forced to work in areas not designed for humans, let alone teaching or instruction. Did I mention space? There’s never enough space.

Can the problem be fixed? Absolutely. But it would take an incredible amount of time, money, and resources. I’m not sure that anyone in a position to make this happen cares to make it happen. As a new teacher, I was spoiled by the type of school that I was able to teach in. I would argue though that all of our students and educators deserved to be spoiled with great school buildings.

The question now becomes: How do we make it happen?