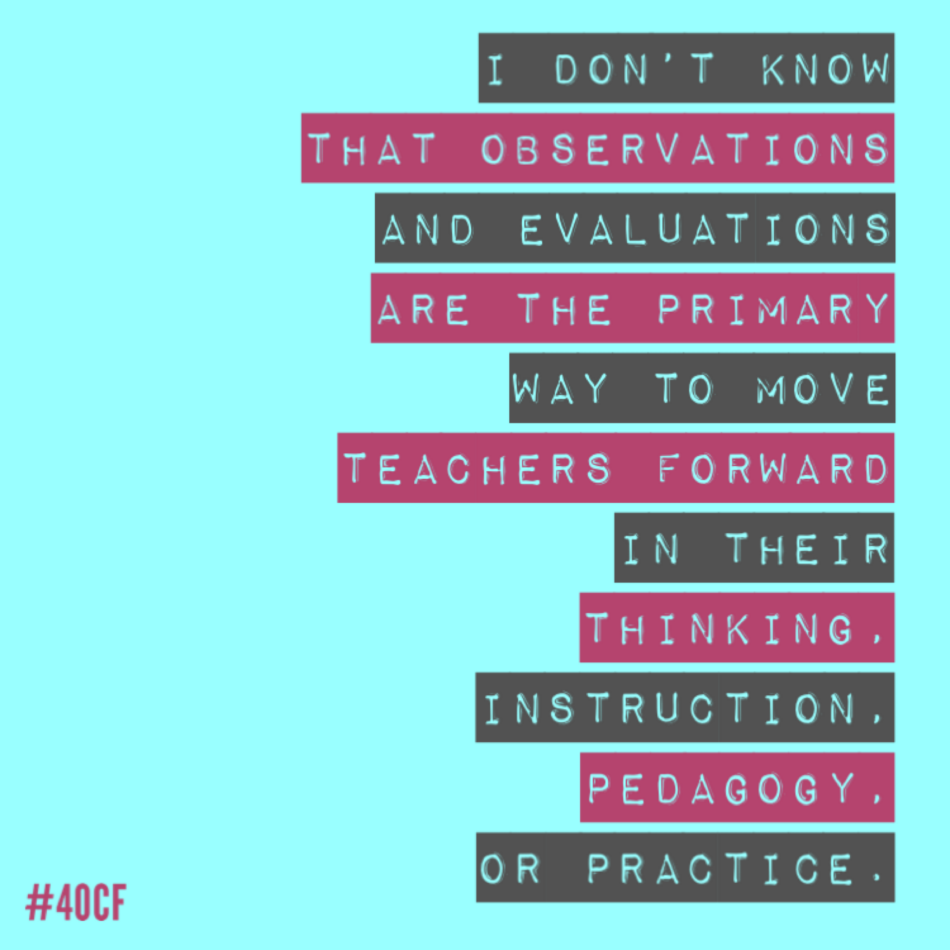 I don’t find that the observation snapshot of the classroom truly captures what a teacher does in the classroom on any given day. I’ve been a teacher as well, so I know that some observed lessons are put on as a show for me as the observer. I once observed a lesson in which fifth grade students busily worked around the classroom on several projects with minimal teacher directions or guidance. I was impressed by the student-centered direction of the classroom. I asked one of the students how often the class worked in this manner. He replied that they had practiced on the previous day, but this was really the first time they had done it like this.

On the flip side, I’ve also observed teachers who are normally stellar in the classroom simply run into a bad day. Again, the observation doesn’t capture what happens on a regular basis.

Observations and evaluations, especially this past year, are an exercise in compliance.

So, how do we change this?

Years ago, as a teacher, I had the opportunity to work on an action research project in lieu of one (or two – I can’t remember!) of my observations for the year. I chose a subject which I wanted to work on and get better with, in conjunction with the input of my administrator, then worked on the project until the end of the year. There were periodic checkpoints throughout the year, and continued conversations about it with the administrator. At the end of the year, I presented information about my project, and had a conversation with the administrator about what I had learned. I was also asked what I might do differently based on what I learned. It gave me the opportunity for true reflection. Within this set-up, there is also the opportunity for the action research to simply become an exercise in compliance. But, there is also the chance that the action research project becomes a meaningful area of growth for a teacher.

While this is just one way to help teachers move along the continuum, I think it is a much better way than our observation snapshots 2-3 times per year.

It’s clearly time that we think about how our evaluation systems can better help move educators forward. What have you seen that works? Please share at #4OCF.