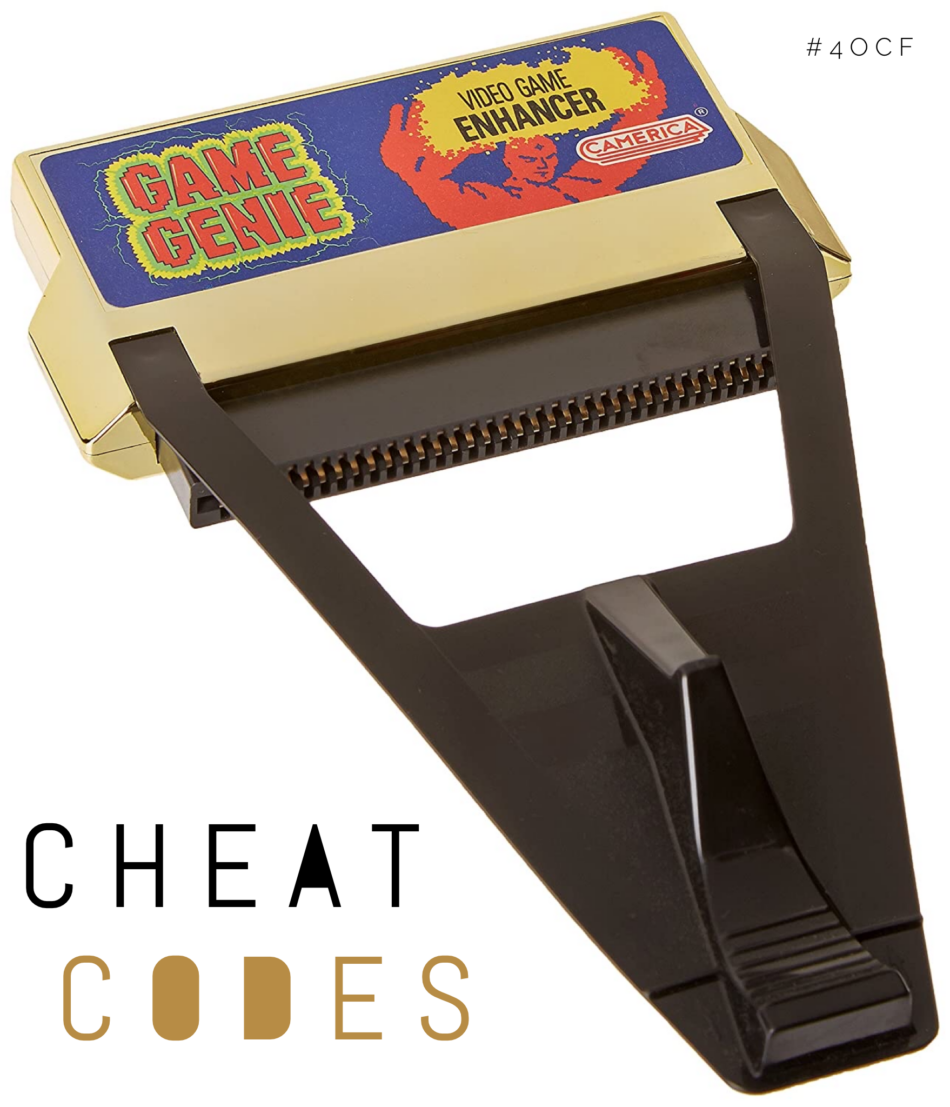 As a kid, many of my hours were spent hunkered down in front of a Nintendo Entertainment System (NES) with my friends. When it came time for Contra, everyone knew to hit a certain combination of buttons during the start screen (Up, Up, Down, Down, Left, Right, Left, Right, Select, Start). This magical code multiplied your lives 10x so that you started with 30 lives.

This was my first experience with what would later be known as a cheat code. I discovered cheat codes for many of my favorite games, which allowed me to take shortcuts to beat the game, or at least beat the tar out of my opponents.
Then one day, I was given a product called the “Game Genie.” It was a device that fit onto Game cartridges, and allowed you to enter multiple cheat codes for any game you played. To say it was a game changer is possibly the worst pun to make but also a huge understatement. I was suddenly invincible in every video game I played.

Twelve year old me thought it was the greatest product ever invented. Adult me now wishes that I had a Game Genie to use for everyday occurrences in life.

Trying to put out multiple fires at the same time at work, I’ll just use the cheat code to stop time so that I can deal with each crisis individually.

While the life genie may not exist, I have started to think consciously about how my time is spent, which helps to eliminate some of these situations from creeping up on me.

Maybe the ultimate cheat code for life is just figuring out how to use our 24 hours meaningfully.

How are you using your time? Have you figured out a cheat code that allows you to use it more meaningfully?