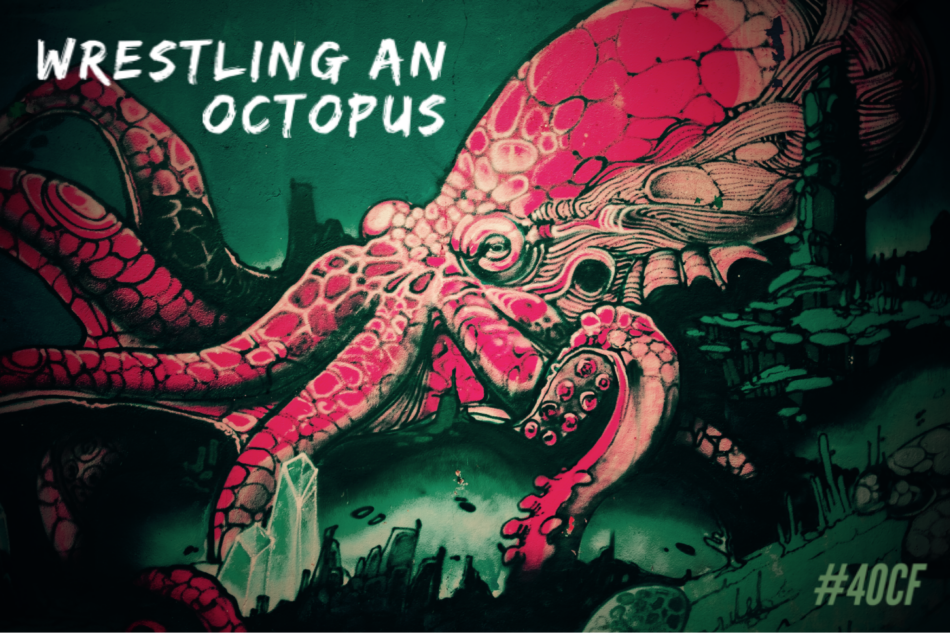 Why does every day feel like I’m wrestling an octopus?

At some point, I feel like I’ve gotten a grip on an arm and prepare to defeat the monster. I feel like I’m in control of the situation.

Suddenly, another arm reaches out and pushes me down. I battle back but begin to feel overwhelmed.

Instantly, a third arm wraps me up. I’m now battling what feels like three separate monsters.

It’s very difficult to feel in control in such a situation.

You are confronting several simultaneous attacks at once.

You succumb to more arms because as soon as you’ve gotten a grip on one, another one quickly makes it presence felt.

Each day feels the same.

If you are lucky, by the end of the day, you’ve addressed all of the arms trying to take you out.

If not, maybe you’ve subdued one of the arms, and left the battle for another day.

The key is focusing on one of the arms at a time.

Don’t try to overcome all of the problems at once, but rather focus on a single solution at a time.

I’ll keep wrestling the octopus. So should you.

Just remember to fight one arm at a time.