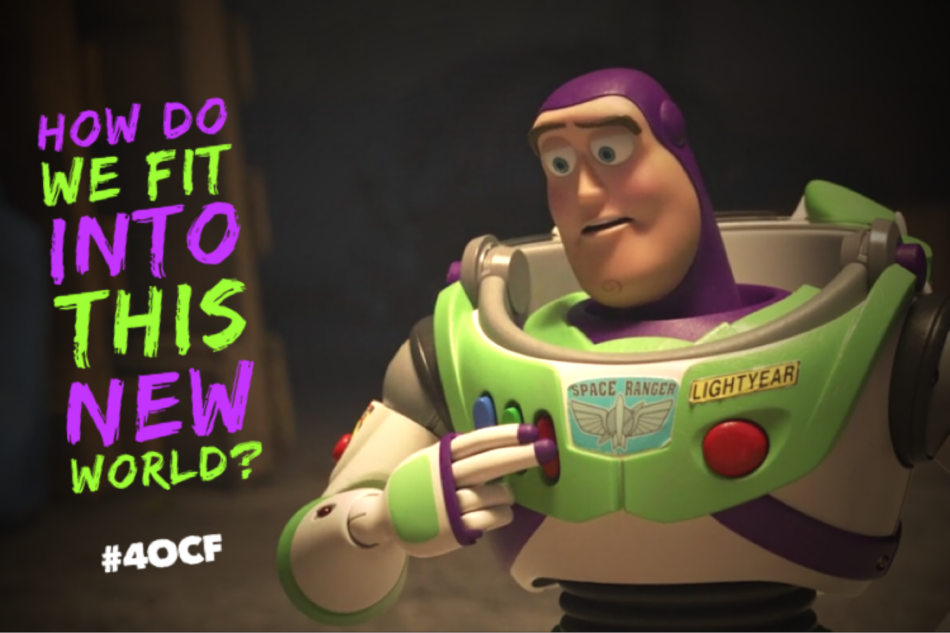 Buzz Lightyear spends the majority of the first Toy Story movie ensconced in an identity crisis.

He believes he’s a space ranger trying to topple the evil emperor Zurg. But in the reality of the movie, he exists as Andy’s newest and shiniest toy, and he’s left to figure out how exactly what his place and purpose are.

Throughout most of the film, Buzz grapples with how he fits into this new world that he’s suddenly encountering.

I feel like educators are struggling with a similar crisis right now. We are also encountering a brand new world, one which is upside down from our normal existence.

Educators are questioning their place and purpose in this new environment.

They are struggling to reach students in the meaningful ways that they once did.

Many are wondering whether they are having any impact.

I know I go home each evening wondering what I’ve accomplished.

Like Buzz, I hope that we can eventually figure it out too.