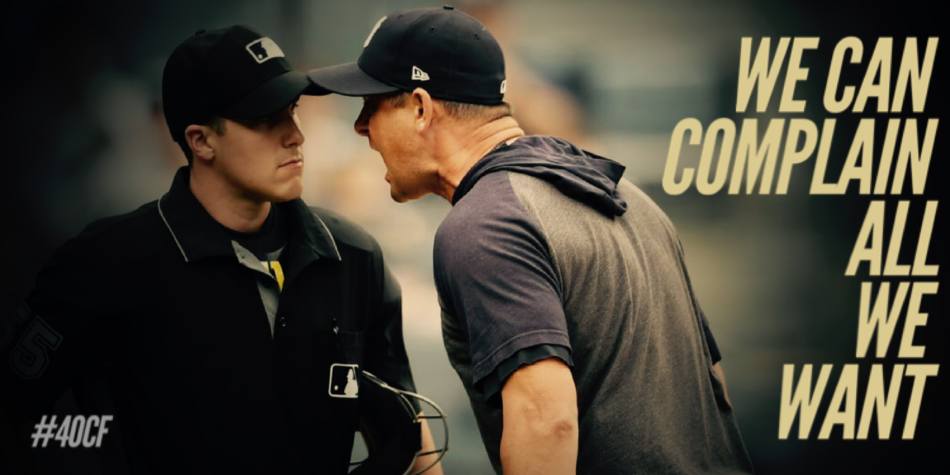 This past week, I was watching a baseball playoff game. Throughout the game, both teams displayed unhappiness with several of the decisions and calls made by the umpire.

In all my years as a baseball fan, I’ve never seen a manager win an argument with the umpire. The best he can hope for is to fire up his team with an emotional showing. Most of the time though, he gets an early exit, and the umpire, as the ultimate arbiter, once again, proves his point.

I feel like we are in the same position in education right now. We can complain all we want. We can argue when we feel like the calls are not going our way. We can try to raise our voices with the hope that the umpire is willing to listen.

And yet, decisions will still be made, no matter how we feel about them.

We will lose the game if we take on the role of complainer.

Instead, we need to accept what we are given and make due.

No complaints. No complacence.