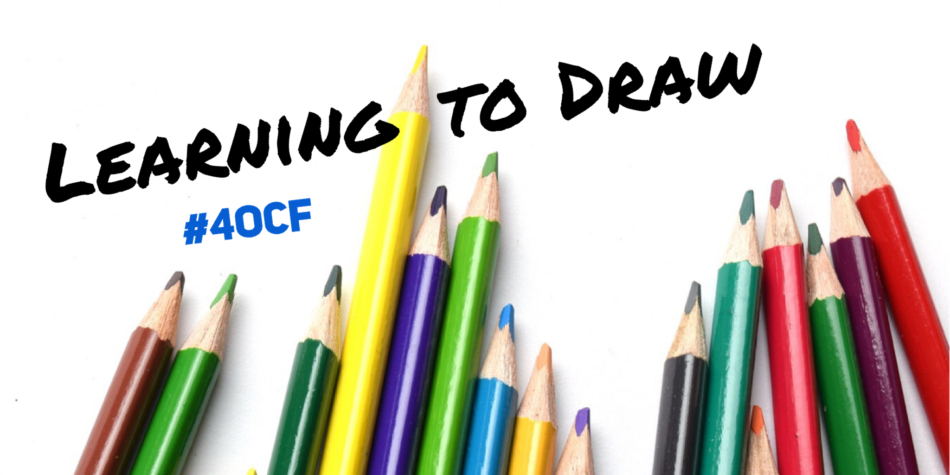 In art education and beyond, the idea of learning to draw is associated with, and in many cases defined as, even if only subconsciously, learning to draw realistically. It’s unfortunate. Because although drawing realistically is a fine goal for some, it’s by no means the only way to draw. Ask any college art professor what the definition of drawing is, and they will most likely say something like, “mark making.” And yet, thousands upon thousands of college students, high school students, middle school students and elementary students are subjected to countless hours of instruction on learning to draw realistically. Is this instruction effective? Probably not because most people believe that they can’t draw, even though every single one of them can “make marks.”

The idea that drawing realistically is some sort of prerequisite for being an artist seems to stem from the 19th century practice that art students had to master the ability to draw from plaster casts before they were allowed to use paints. Prior to there being art schools, for thousands of years in Egypt and Asia and Africa, in North America and Central America and South America and lots of other places, people, human beings just like our students, made art without the ability to make things look real or even close to it. And not only art, great art! If you visit museums all over the world you will see it. It’s displayed and celebrated. It’s even collected. There are people, who are called experts, who dedicate their whole lives to studying this kind of art.  And yet, we let an approach that has been around for only a few hundred years, practiced by a very few in the grand scheme, dominate our thinking, others thinking and our students thinking when it comes to what it means to draw.

In the last several decades there have been numerous artists who gained their notoriety, their label of genius, whose work had been deemed “important” after they had abandoned their attempt to make things look real. Right now,there are also numerous, successful working artists, who have little to no ability to make things look real. Drawing realistically does not matter to their work at all. Drawing realistically has not mattered to most of the artists throughout human history. That is a fact.

Forgive me if I sound snarky. But I’m frustrated. I’m frustrated because by explicitly or implicitly defining drawing as the ability to make things look real, we as educators and arts educators have probably ruined the process of art making for hundreds of thousands of students. They have been judging their work under a false presumption. A presumption that is not supported by history.

As my friend and best selling author and illustrator, Peter H. Reynolds likes to say, “Make your mark and see where it takes you.” As educators and as arts educators, we should be saying, “Let them make THEIR marks and lets see where they take THEM.”