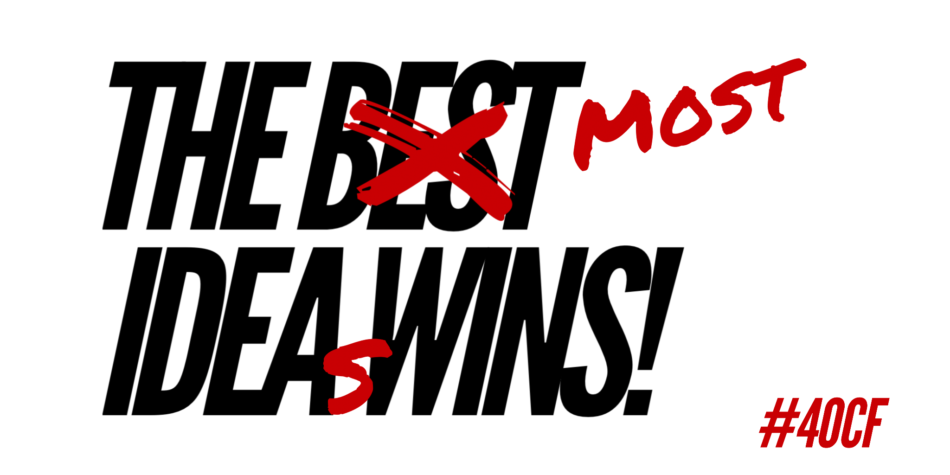 I heard someone say something the other day that made me think:

The person used the statement to describe a person who was successful in launching a business.

I would argue, however, that the statement should be:

“Having the most ideas wins.”

So, today, try to execute an idea. Keep trying every day until you find the best idea (among many).