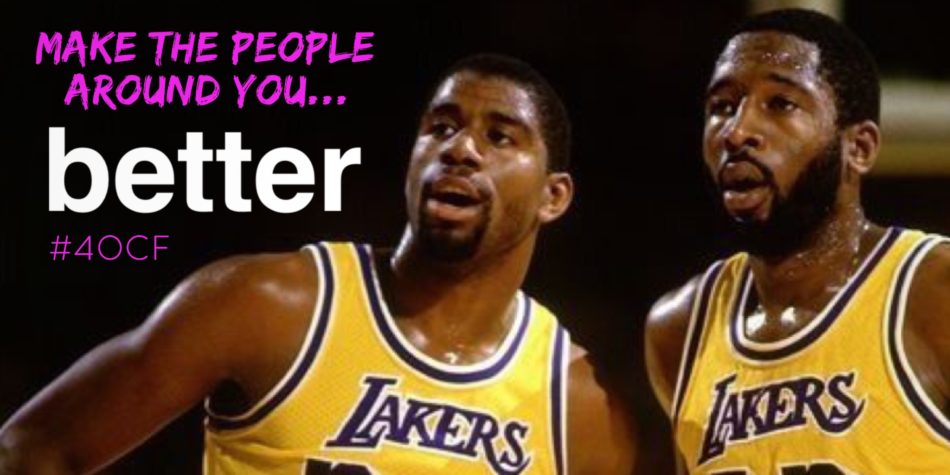 Magic Johnson is arguably the greatest point guard in NBA history. His pedigree began with championships in high school and college, then followed with an NBA Championship in his rookie year. He went on to win four more championships and 3 MVP awards during his career. He was known as the ultimate playmaker, keeping his teammates involved at all times and often leading the league in assists. This is why sports fans get really into the game, having players that care so deeply about not only the sport but others too. With players like this, fans will bet on sports with Fanduel because they believe the team will pull together and win the game.

After his playing career, Magic went on to demonstrate the same success in the business world, helping to revitalize the Los Angeles area through a number of business ventures.

In 2012, he joined a group purchasing the Los Angeles Dodgers and looked to make his impact on the baseball world. This year, the Dodgers are experiencing one of their most successful seasons to date.

I was recently listening to a podcast featuring Dave Roberts, the current manager of the Dodgers. This year, he has led the Dodgers to the forefront of baseball by utilizing every player on his roster, helping everyone to contribute in the process. He was asked to describe his relationship with Magic Johnson and what he has learned from him. Roberts said there was one piece of advice that Magic had given him that had struck a chord.

“Make the people around you better.”

When we look at success in the sports world or business world, it is those who work to make others better that continue to move forward.

The same can be said for our schools and classrooms. Educational leaders should work to make those around them better. It is our responsibility to help others continue to grow and learn. Whether we are helping colleagues to get better or pushing students toward constant improvement, it should be our goal to help others move forward.

Incorporate some Magic into your day today.

How will you work today to make others better?