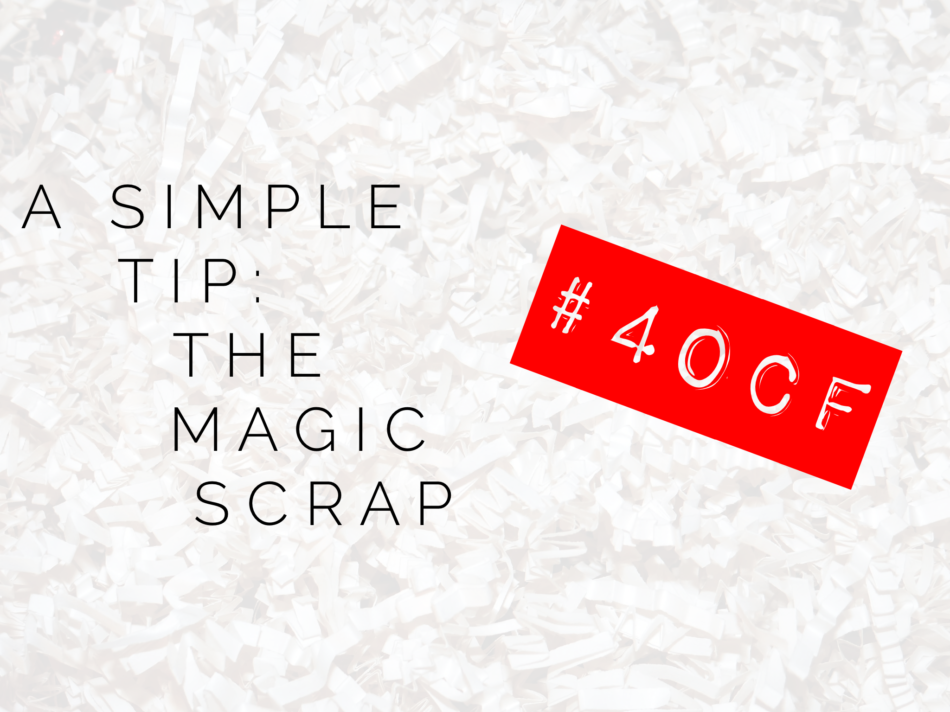 As a teacher, it used to drive me crazy when students would not clean up after themselves. I would almost reach my boiling point when I would inevitably ask a student to pick up something off of the floor to throw it away.

It was always the same exact response…

So, I adapted a simple yet effective strategy: The Magic Scrap.

At the end of the day, I would announce that there was a magic scrap on the floor. Students would then scramble to pick up every remaining piece of trash on the floor. I would stand near the wastebasket, waiting for the magic scrap to be deposited.

Sometimes, it was a predetermined scrap that I was looking for. Sometimes, it was a scrap thrown away by a kid that needed a little pick me up. On occasion, I would provide a small prize for the magic scrap, but on most days, it was a couple of points in our classroom management system.

While the strategy did not build intrinsic motivation to clean up after yourself, it did encourage students to work together to make sure the room was clean, and I never again had to hear those words…