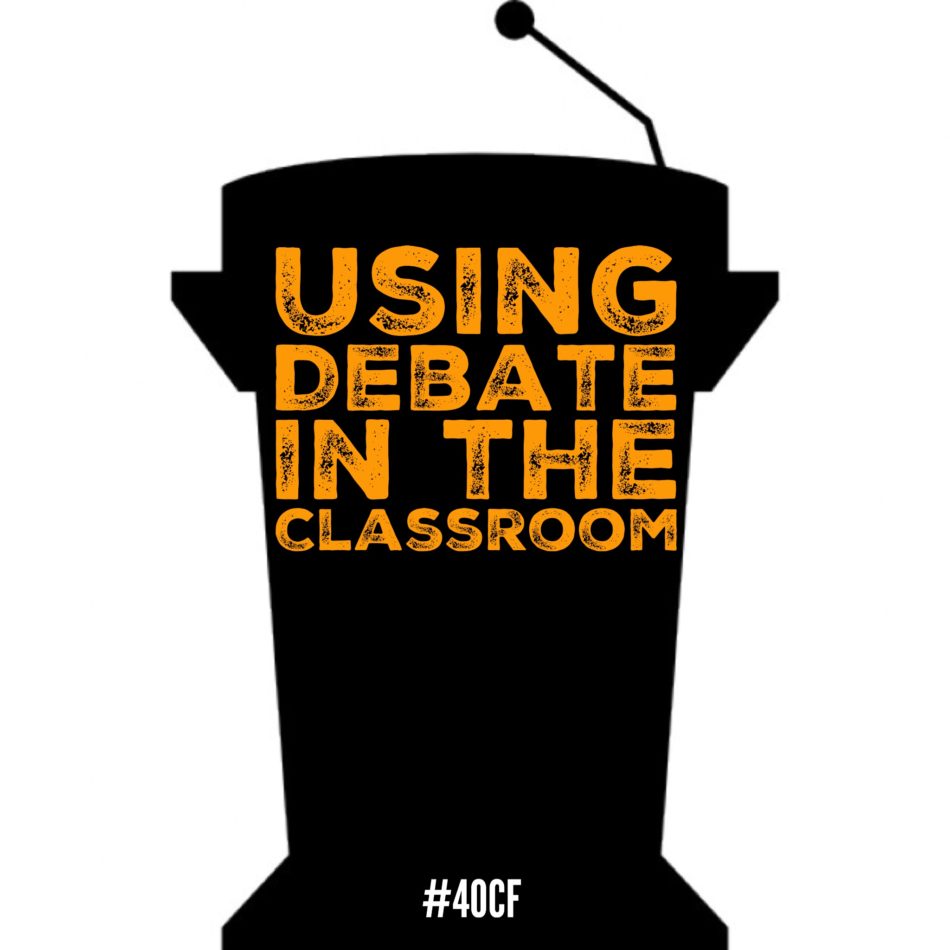 As I prepared to watch the first Presidential debate last night, I considered my longstanding interest in political speech, oration, and debate.

It started with a speech class I took as an elective as a freshman in high school. There I learned the importance of choosing and crafting words carefully to deliver a powerful message.

As a political science major in college, I studied political campaigning and paid particular attention to the messages delivered during Presidential speeches and debates. It is always interesting to watch how a political candidate crafts his or her message while sharing and defending a specific political platform.

It is important that we help students to understand the importance of public speaking and debate. Try these strategies for infusing debate and argument into your classroom.

Agree or Disagree. Throw out a statement and have students line up on either side of the room based on whether they agree or disagree. After taking sides, have students defend their thinking by citing evidence or providing support for their side.

Mock Trial. Allow students to practice their argument skills by taking sides in a fictional trial. Base it off of a historical event or allow students to create their own cases. The mock trial also provides an opportunity for students to better understand our legal system.

Point/Counterpoint. Have students team up and choose opposing sides of an issue. After a dedicated amount of prep and research time, ask students to provide a 5 minute point and counterpoint presentation. Ask the rest of the class to vote on who presented their case more clearly with more evidence.

Debate. This can be formal or informal, but allow students to research and prepare their side of an argument. Build in structures that allow for opening statements, rebuttals, and closing statements. Ask a group of colleagues to serve as judges for the debate.

Socratic Seminar. This type of questioning activity asks students to respond thoughtfully to classmates, thinking critically and articulating their point of view, while at the same time, providing text-based evidence.

Capitalize on the publicity surrounding the latest presidential debate. Use any of these methods to help students improve their public speaking and argument skills. Do you use another activity to incorporate debate or public speech into your classroom? Share your ideas in the comments section below.

2 thoughts on “Using Debate in the Classroom”