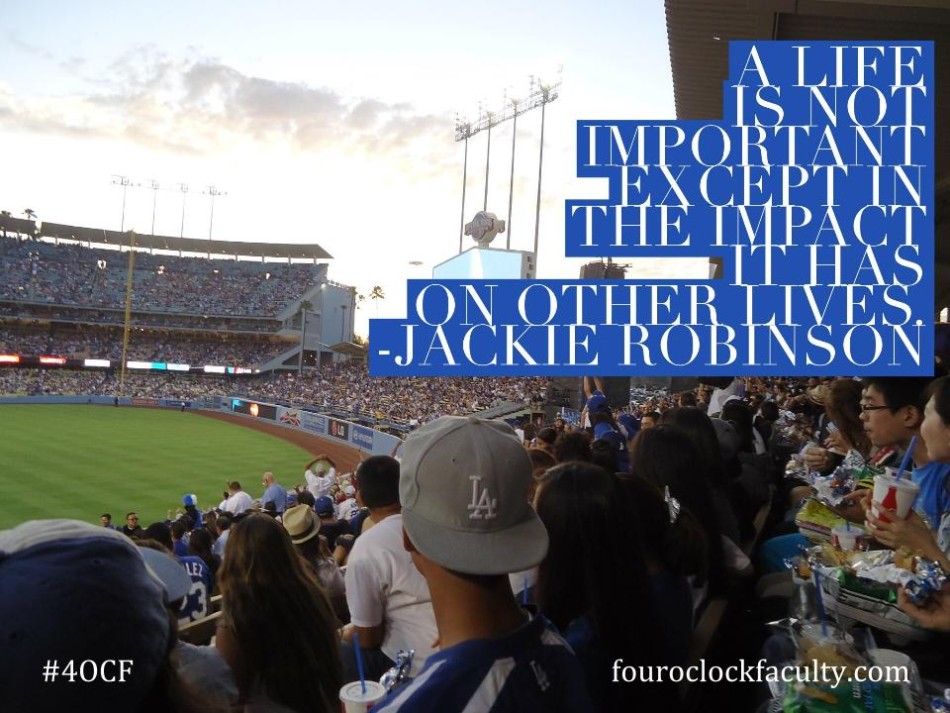 My dad is one of a few Dodgers fans who survived the move west from Brooklyn to Los Angeles prior to the 1958 season. Most were heartbroken because the Dodgers left them and couldn’t bear to continue rooting for the team. My Dad was such a fan after that 1955 championship that he continued to root for the team.

I grew up idolizing the Dodgers. My Dad took me to Veterans Stadium to see them every time they played in Philadelphia. I was able to fly my Dad out to Los Angeles a few years ago on Father’s Day to see his first Dodgers game at Chavez Ravine in Los Angeles. I explored a bit for the price range before buying the tickets. Now that people can buy tickets online through sites similar to TickPick, it could be beneficial to go through various options. I wanted the best sitting arrangement for my Dad in a reasonable amount. Truthfully, it was an amazing experience for both of us. The experience of going to a sporting event is always extraordinary. Everything seems surreal. And the excitement of the crowd can be electrifying. Moreover, as you walk up to the stadiums, there are often large flagpoles with the team’s flag flying. Those flags begin to stir up excitement. Being at the game always makes it much more exhilarating.

As I have grown into adulthood, the games hold less meaning than they did when I was a kid, although my Dad and I still talk about most games, win or lose. My own children also share our love for the Dodgers. It would be an amazing thing for three generations to celebrate the next Dodgers World Championship.

However, the reason I write about this today is because we are about to experience the Opening Day of School.

As a baseball fan, Opening Day is one of the best days of the year.

On Opening Day, everyone has hope!

On Opening Day, every team has their best pitcher on the mound, and has a great chance of winning.

On Opening Day, every team is tied for first place.

When baseball fans say, “Wait til next year,” next year always starts on Opening Day.

The Opening Day of School is the same.

On Opening Day, everyone has hope!

On Opening Day, everyone gets a fresh start.

On Opening Day, each child is prepared to make it their best year of school.

On Opening Day, each child deserves our best.

On Opening Day, each child should be empowered in such a way that they want to come back each and every day because of our passion for learning.

So, as you prepare for Opening Day, remember to bring your passion. Remember what it was like to be a child and to have unbridled passion for everything that you did. Remember why you decided to teach in the first place. Bring your passion for every student every day! On Opening Day, make the most of your opportunity to give students your best, and ask no less than their best as well!

Check out the remainder of our #BackToSchool Resources.

3 thoughts on “On Opening Day”