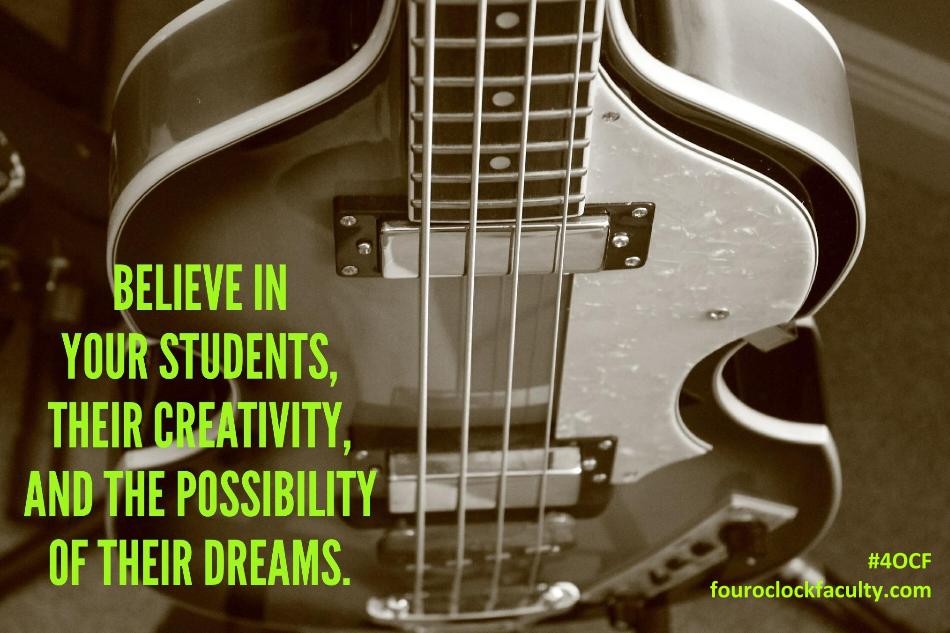 In their book, Creative Confidence, Tom and David Kelley recount a story told by Sir Ken Robinson of two students who attended the Liverpool Institute High School in England. The two students were enrolled in music classes and had not done particularly well. Their music teacher had not encouraged their musical endeavors and had not given them good grades. The teacher did not necessarily see potential in either of the students.

Rather than become discouraged, the two students began playing in a band with a couple of other friends named John and Ringo. As you may have guessed, those two students were Paul McCartney and George Harrison, and they went on to form the one of the most influential musical acts of all time.

Tom Kelley and David Kelley. Creative Confidence: Unleashing the Creative Potential Within Us All. 2013.