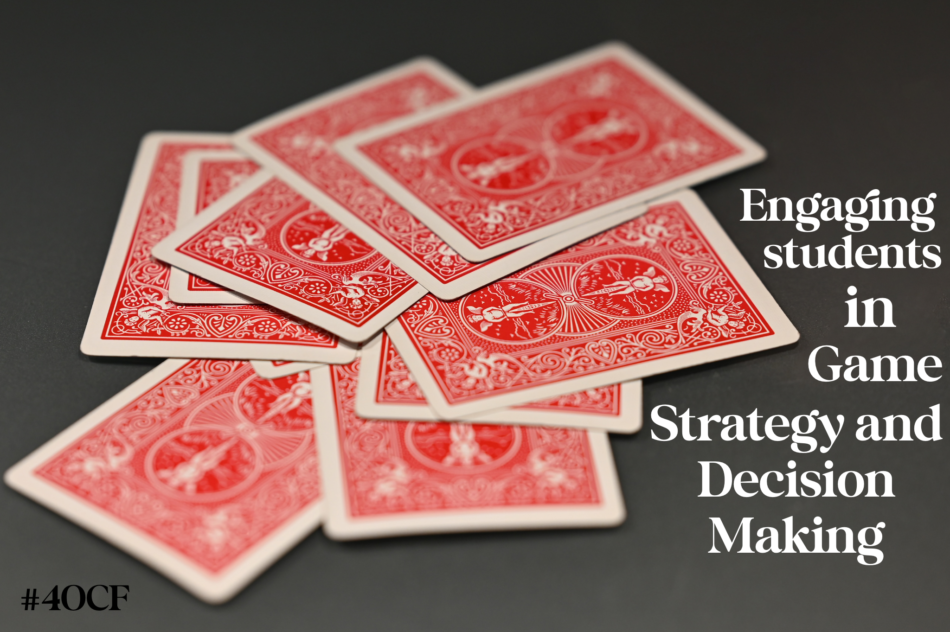 I watched a small group math lesson in which students were playing a game trying to build the largest number. The idea was to spin a spinner and use the numbers (7, 6, 5, 4, 3, 2) to create a three digit number. Whichever team had the larger number was the winner.

It was interesting to watch as these 2nd grade students discussed game strategy with each other. They were able to clearly articulate why a certain number should go in the hundreds, tens, or ones place. They were adamant about certain choices increasing their chances of winning. It was a pleasure watching this rich, deep mathematical discussion.

Just this past week, I came home to my own children playing a game with a deck of cards. I was surprised to learn that they were trying to play Blackjack. Many parents might dissuade their children from playing such a game. Instead, I sat down and walked them through the strategy involved and decision making aspects within the game. They were fascinated by the fact that your chances of winning can significantly increase or decrease with the turning of the next card in the deck. Again, they were incredibly engaged in why certain decisions are made based on the cards in front of you.

Game strategy and decision making are essential skills for students to learn, as it will serve them well through life. The idea that students can end up as better decision makers should be something that we all embrace. Try involving more strategy based games in your classroom. Talk about the thinking behind certain game choices. And for some essential reading, try Annie Duke’s Thinking in Bets or How to Decide.

Let’s get students engaged in critical decision making by letting them play games.