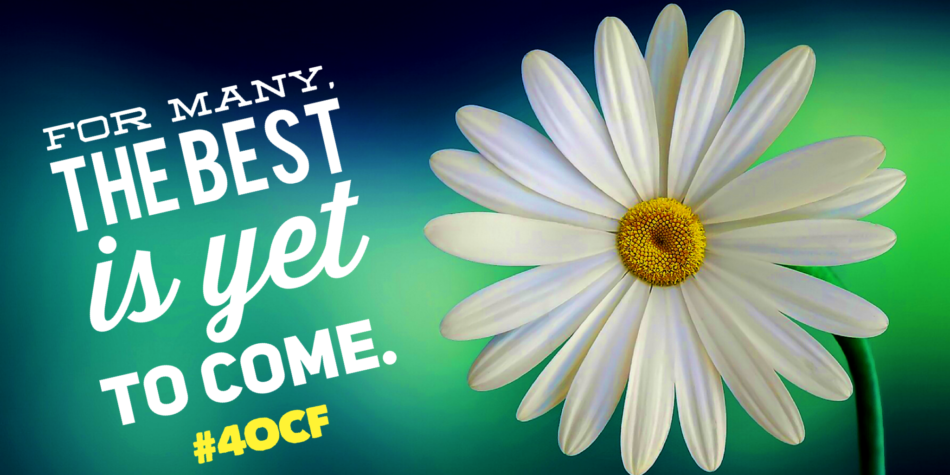 In a a few weeks I’ll turn 44. In just a few days my first book will be released. By any definition, I’m a late bloomer. My book is the result of a twenty-plus year exploration of arts education and how it can impact traditional academics. It took me a long time to figure out any answers to the questions I was attempting to answer. It also took me a long time to begin to learn how to share my answers in a way that could possibly make sense to others.

I have a few other projects that I’m working on that are somewhat but not necessarily related to my book. Hopefully, in the coming years, they will make their way out into the world too. If they do, it will take time. I’ll be even older. It will be later in my life. I’ll be an even later bloomer.

By definition, being a late bloomer takes time. You can’t be a late bloomer and be young. But it also takes support. As a late bloomer, in the beginning, your work won’t look like much. It will be more like a hunch or reveal itself as a partially formed idea. A glimpse of something. Only a few might believe in the idea or if not the idea, they will believe in you. I’m thankful to those who supported me.

Some of your students may become late-bloomers, or your own children, your spouse or even yourself. They do exist. They are around. I’m proof. Many of the educators I’m associated with are proof.

As the new year begins, as time continues to pass, as we each grow older and hopefully more wise, more insightful, let’s be aware of and support all the potential out there, all of those who might one day be considered, a late bloomer. For many, the best is yet to come. I believe that. I hope it does.

One thought on “Late Bloomers”