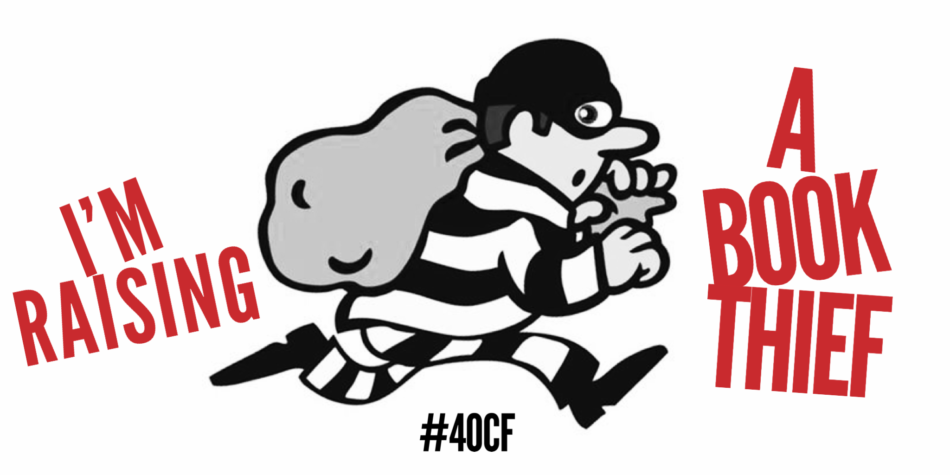 It’s quite a problem to have.

My daughter is a book thief.

As we approached the bus stop, she had a stack of eight books that needed to be returned to her teacher’s classroom library.

She explained that they were books she had borrowed from the library to read throughout the year.

Her younger sister called her a book thief.

As we all had a laugh, I realized the accusation might be accurate. My daughter does tend to horde books. She is constantly walking around with a book in her hands, eyes always glued to her latest read.

As I said, it’s quite a problem to have.

Even though she was the accuser, my younger daughter might have also recognized the signs of being a book thief because she has some book thievery tendencies as well.

I’ll finally admit it. I’m raising all of my children to be book thieves.

And so should you.