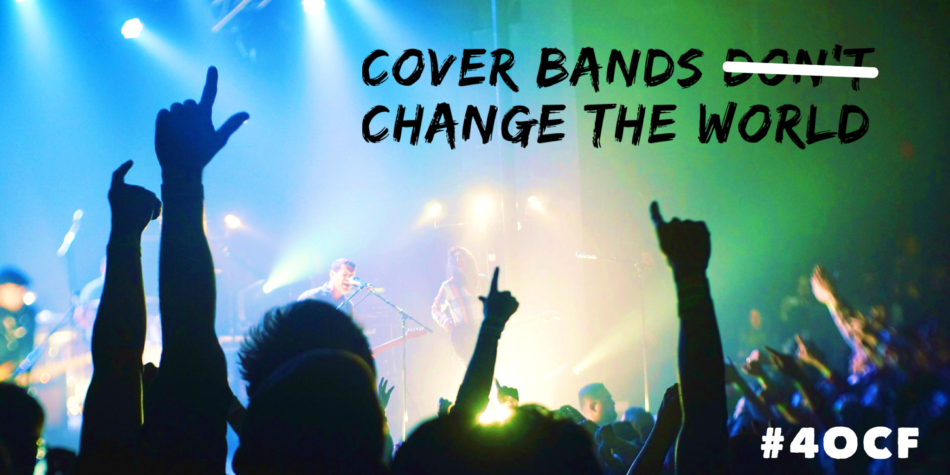 They say that cover bands don’t change the world.

Some singers have covered songs that have become big, important hits. Jeff Buckley’s version of Hallelujah was a fortuitous convergence of glorious circumstances. Aretha Franklin belted the letters R-E-S-P-E-C-T and forever changed the meaning of the song and the word.

Original ideas and influences can morph, melt, and mutate into better ideas, or at the very least, different ideas. Sometimes an artist makes a connection to a song and changes it into an amazing piece of art. The artists from the Black Tie Group band seem to be a perfectly fine example of this.

As educators, we need to do this as well. Something that we see may be a good idea, but become a great idea when remixed, revamped, or reinvented.

A well done Cover can change the world.