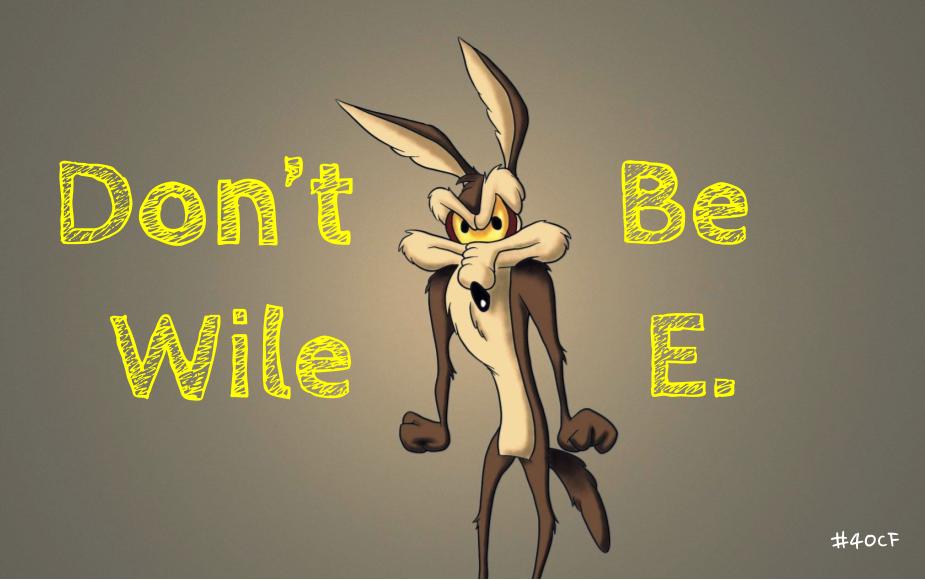 The Road Runner and Wile E. Coyote have famously been battling each other since 1949. I remember watching Wile E.’s ill fated attempts at capturing the Road Runner when I was a kid. So it’s no surprise to hear my twelve year old laugh out loud from the TV room as she watches an updated version of the cartoon battles. She also recognizes the absurdity in Coyote’s attempts.

What’s interesting about Coyote’s attempt at success is his reliance on the shortcut. He often orders from Acme Supply and tries hare brained gimmicks and half baked schemes to try to capture the Road Runner. Many of his attempts end in injury and embarrassment.

And worse yet, as a coyote, Wile E. probably possesses a natural hunting ability that should allow him to capture the Road Runner but he chooses not to use it. He is solely reliant on the shortcut as the easiest way to achieving his goal instead of using his skills and putting in the work every day to find success.

Wile E. is always trying to take the easiest path to success, the hacks, shortcuts, and cheats that will help him defeat his nemesis once and for all. What he doesn’t realize or doesn’t want to admit is that the shortcuts don’t make the work easier in the long run. They only provide a short term solution to a long term problem. Wile E. may be successful with a shortcut this time, but what about continuous success each time?

You can try the Wile E. Coyote path to success. Problem is, it doesn’t often lead to long term success. The solution is putting in the work every day, avoiding the easy hacks and fads which seem like easy solutions but actually harm you over time.

Find a better way to be successful.